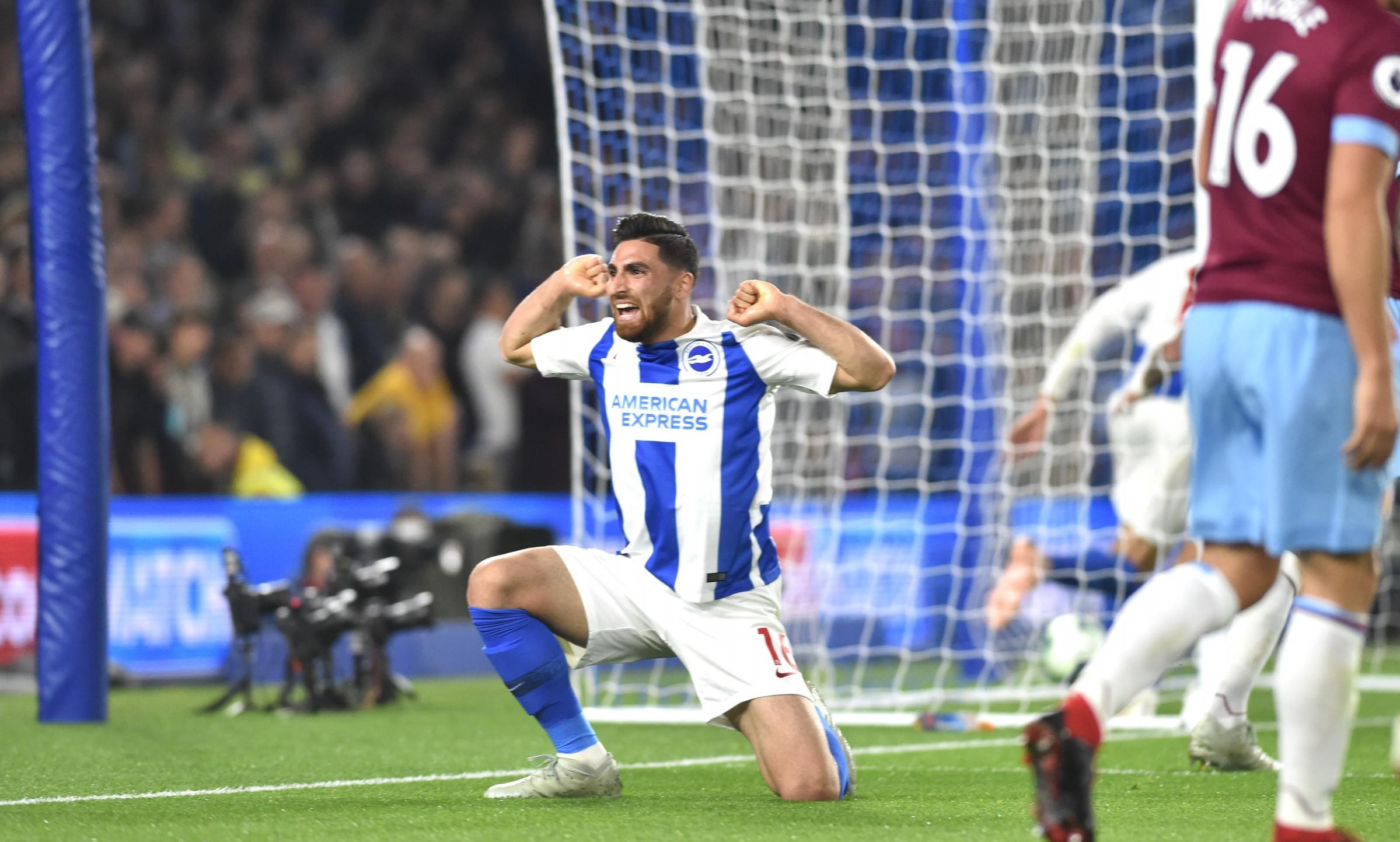 Theargus - Albion's record buy Alireza Jahanbakhsh is hoping for his first start against one of the ‘Big Six’ as Chris Hughton weighs up his wing options for Chelsea.

The Iran winger has been building his fitness back up in training after six weeks out with hamstring trouble.

He could return to the reckoning for Chelsea’s visit to the Amex on Sunday (1.30pm).

Jahanbakhsh, signed from AZ Alkmaar in the summer for £17 million, made substitute appearances earlier in the season against Liverpool, Spurs and Manchester City before his full debut against West Ham in October.

He was beginning to establish himself in Hughton’s starting line-up when he suffered the injury at Everton last month. In-form Solly March is sure to occupy one of the wing spots against Chelsea.

That leaves Jahanbakhsh, Anthony Knockaert and Jose Izquierdo competing for the other place.

Izquierdo was struggling for form before a knee injury ruled him out of last Saturday’s 1-0 defeat at Burnley.

That prompted a recall for Knockaert, who made little impact at Turf Moor and was substituted.

Jahanbakhsh has limited opportunities to force his way back into Hughton’s starting XI before heading off on international duty with Iran to the Asian Cup in Abu Dhabi in January.

Top scorer Glenn Murray is expected to spearhead the attack against Chelsea after Florin Andone took his place at Burnley.

Hughton also has to decide on the extent of the role for midfield regular Dale Stephens, who returned from suspension as a late substitute in Lancashire.