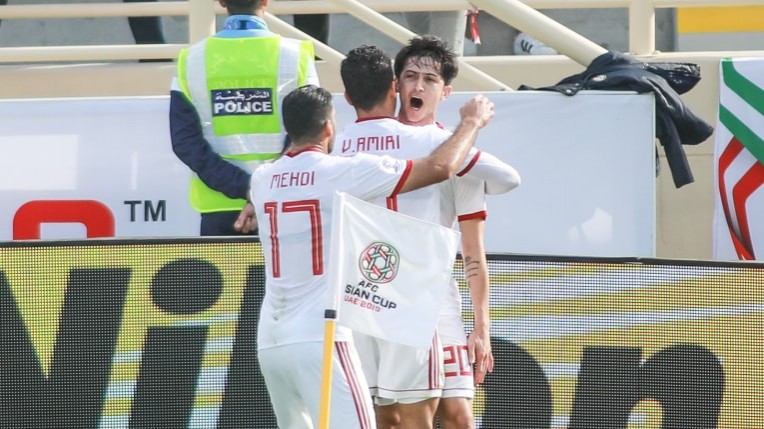 Foxsportsasia - Iran are through to the AFC Asian Cup 2019 Round of 16 after a Sardar Azmoun brace saw them beat Vietnam 2-0 to claim their second consecutive win in Group D on Saturday.

Azmoun opened the scoring at the Al Nahyan Stadium with a close-range header seven minutes before the break, before adding a second in the 69th minute to put the result beyond doubt.

With Iraq and Yemen set to play later in the evening, there is still a possibility that all three teams could finish level on six points – with the Iranians an outside chance to fall to third spot.

However, that would still be enough to see them qualify for the Round of 16 as one of the four-best third-placed sides, given there is no chance any of the teams in Group A, B and C can finish third with the six points Iran already have in their possession.

Yet, following a clinical display after they opened their campaign with an emphatic 5-0 rout of Yemen, it is unthinkable that Team Melli will even had to resort to that.

As expected, they dominated proceedings from the opening whistle on Saturday and did not take long to start threatening. 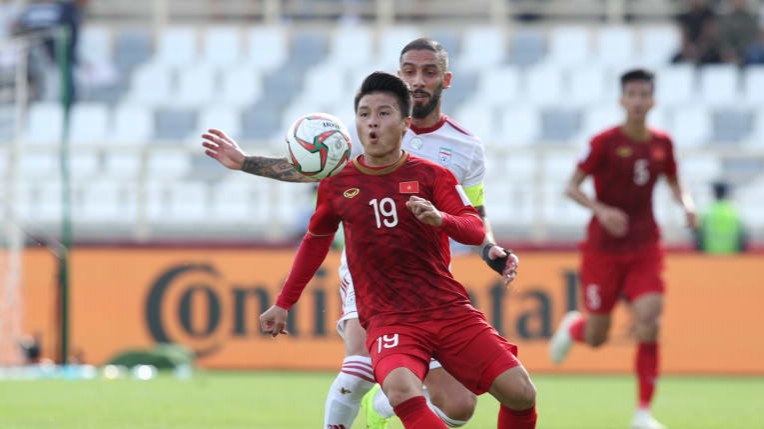 A neat pass by Ashkan Dejagah released Saman Ghoddos but Vietnam goalkeeper Dang Van Lam raced off his line well to snuff out the threat posed by the Amiens winger.

Vietnam were also well served by captain Que Ngoc Hai, who made a couple of important interventions to deny the opposition clear scoring opportunities.

But Team Melli continued to press and the breakthrough finally arrived in the 38th minute when Ghoddos broke free down the right after being released by Vouria Ghafouri’s incisive pass and hung a clever ball up at the back post, where Azmoun was on hand to head home from close range.

To their credit, the Vietnamese came out for the second half showing renewed endeavour and could even have equalised seven minutes after the restart.

A neat layoff from Nguyen Van Toan caught the Iran defence napping and Nguyen Cong Phuong was allowed to advance through on goal, only for Alireza Beiranvand to stand tall and deny him one-on-one.

Nonetheless, Iran were always in control and sealed the win nine minutes after the hour mark, as Azmoun latched onto a pass by Mehdi Torabi and barged off two defenders before clinically finishing past Van Lam into the bottom corner.

Azmoun Overrated? Stick to base ball my friend

And that’s why he’s scored against both Atletico Madrid and Bayern Munich in Champions League right??

Azmoun is so overrated. Big mistake bringing back to team meli. He can only score against less teams like Yemen/Vietnam. Put him along better defenders and he will struggle. World cup was proof. Nevertheless good result for Iran