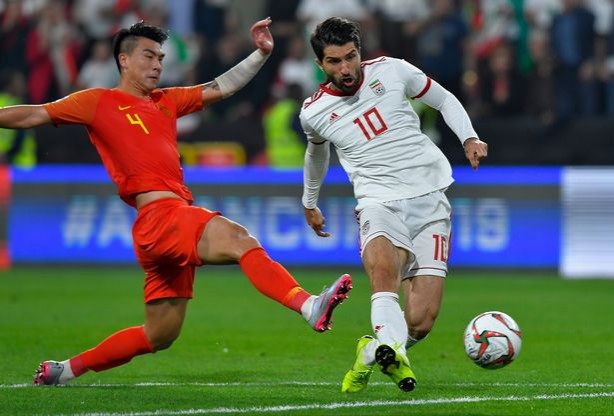 Tehran Times - Iran national football team striker Karim Ansarifard lauded Team Melli for impressive run in the 2019 AFC Asian Cup but said that the best is yet to come.

Team Melli have secured a place in the Asian Cup semifinals after defeating China 3-0 on Thursday.

Nottingham Forest forward Ansarifard came off the bench to score in stoppage time.

“First, I have to say Team Melli have character, personality and good team spirit. We defeated China 3-0, a team who have style and have improved a lot in the recent years. They worked under guidance a great coach like Marcello Lippi for a couple of years,” Ansarifard said.

“Iran players did their best against China and we dedicate this victory to our people. We will do our best to make them proud of us, that’s why we are here,” he added.

“Team Melli have two more finals ahead and I hope we can win them. The Iranian players are going to make the people happy in each match. I am very happy to play a small role in these wins,” the former Persepolis striker went on to say.

Team Melli will meet Japan at the Hazza bin Zayed Stadium in Al Ain on Monday.

“Iran will do their best performance against Japan. It’s our most important match in the competition but our best is yet to come. Team Melli have not won the trophy for 43 years and it will give the players extra motivation to bring an end to our title drought,” Ansarifard added.