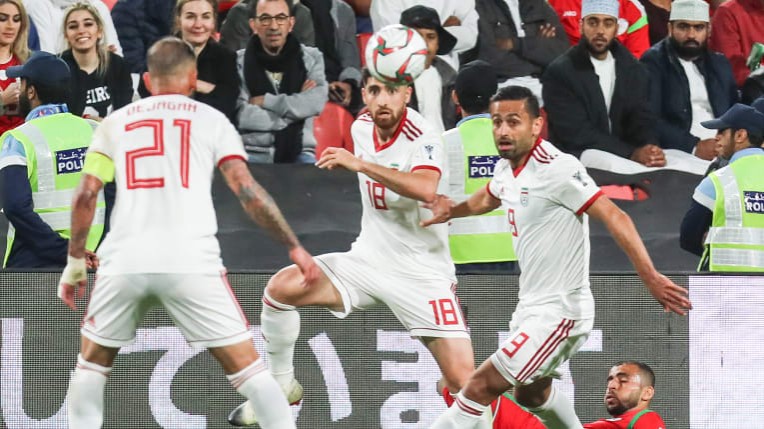 AFC - Alireza Jahanbakhsh has set his sights on creating history after the Brighton & Hove Albion winger helped Islamic Republic of Iran advance to the semi-finals of the AFC Asian Cup for the first time in a generation.

The Iranians will take on Japan in their first semi-final appearance since 2004 as Team Melli continue their quest to secure a first AFC Asian Cup title since the last of the country’s three consecutive crowns was won back in 1976.

Goals from Mehdi Taremi, Sardar Azmoun and Karim Ansarifard saw off China PR in the quarter-finals on Thursday evening in Abu Dhabi, and Jahanbakhsh is confident he and his teammates can continue their impressive run.

“It’s a great feeling for us,” said Jahanbakhsh, who missed his team’s first two games due to injury. “It’s a dream for us to make it as far as possible in the Asian Cup.

“We know we have got a very good team and we’ve got the support of all the Iranian people back home and all Iranians around the world and that give us even more strength to have a good performance."

“On one side we always know that the expectation is always high for us because we have good quality players and a mix of experienced and young players and that gives us an even better team.

“As our coach always says, we do everything as a team. We don’t have stars. These are the reasons we have a better team and hopefully we can go further. Japan are a very good side, we have to get ready for the next game but hopefully we can make history.”

China presented little resistance in the countries’ last eight meeting, with Iran racing into a two-goal lead by the 31st minute before Ansarifard added the third late in the game for Carlos Queiroz’s side, who have yet to concede in their five games at the AFC Asian Cup UAE 2019.

The closest call Iran endured was when they gave away a penalty in their Round of 16 match-up with Oman, but Alireza Beiranvand’s heroics between the posts ensured Ahmed Mubarak was denied as Iran went on to complete a 2-0 win.

“We’ve done a great job as a team and it was a great performance from the lads,” said Jahanbakhsh. “Since the beginning of the game we tried to control everything, scoring early. We knew that would be very important for us.

“In the last game we were surprised by the penalty for Oman but this time we didn’t want to let them play and create any chances. That was nice and we scored two goals in the first half. That made it easier for us and we tried to control the game and the third goal killed the game.”


Jahanbakhsh’s own involvement lasted 68 minutes before he was replaced by Saman Ghoddos as the 25-year-old continues his recovery from a calf injury.

“I feel alright,” he said. “That’s the third game in a row now I’ve played and it’s great to be back playing for the national team.

“To be honest, it doesn’t matter to me if I play or if I just support the rest of the team. Any time I have a chance to play for our flag I will do my best and I will die for our flag.”