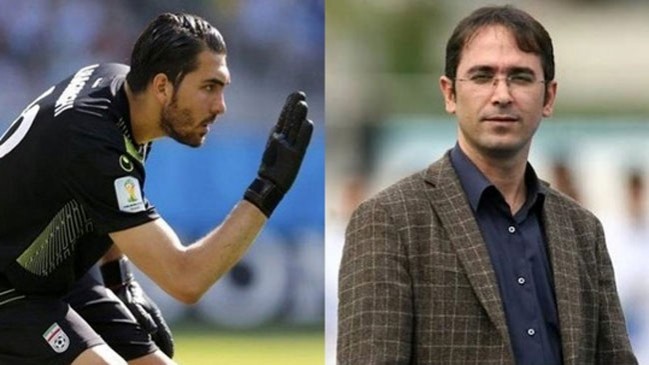 Haghighi broke the official’s nose after a brawl in Tehran’s Enghelab Complex on Wednesday.

Khatir has filed a lawsuit against Haghighi over the conflict.

Haghighi was training in Enghelab Complex with his goalkeeping coach when the brawl erupted.

After the official walked into the turf, the former Persepolis goalkeeper got into a verbal argument with Khatir and reportedly headbutted him in the nose.

The 30-year-old goalie is without a team after parting company with Swedish club GIF Sundsvall.

Haghighi represented Iran national football team in the matches against Argentina, Nigeria and Bosnia and Herzegovina in the 2014 FIFA World Cup.

He also was Team Melli goalkeeper in the 2015 AFC Asian Cup, when Iran were knocked out of the competition losing to Iraq in penalty shootout in the competition’s quarterfinals.