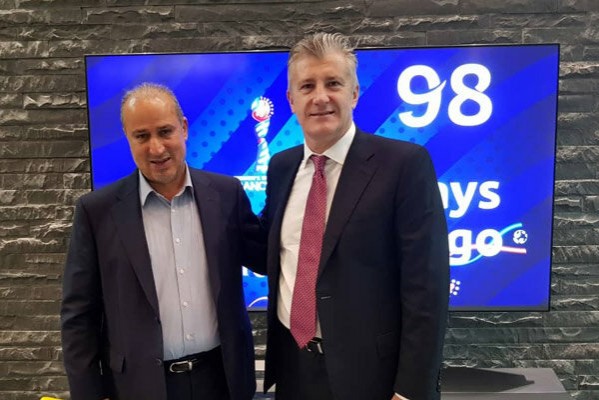 The meeting was held in Zurich, Switzerland.

Taj and Suker discussed ways to boost football ties in the meeting.

The Iranian football chief requested his counterpart to arrange a friendly match between two countries’ U-23 football teams.

Suker also said he is looking forward to coming to Iran since he has so many good friends in the country.

Team Melli parted company with Carlos Queiroz at the end of the 2019 AFC Asian Cup.

Iran were knocked out of the competition after losing to Japan 3-0 in the semi-finals.