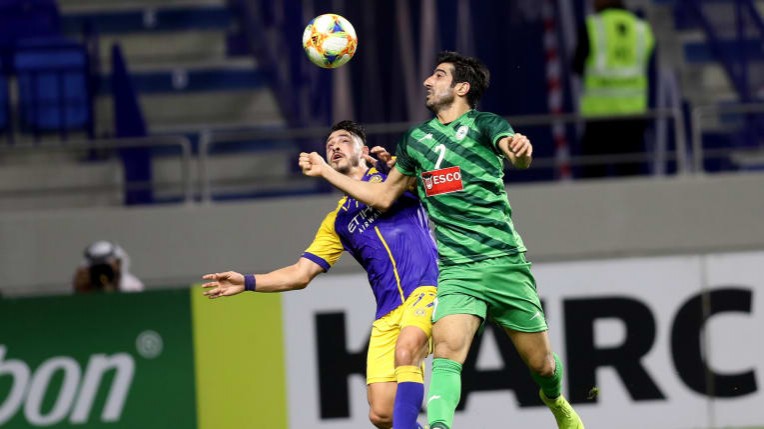 Al Nassr wasted no time in getting down to business as Brazilian midfielder Giuliano fired them in front just four minutes into the match.

Giuliano found space inside the Zobahan box and swept home from close range after Hamad Al Mansour advanced on the right and sent a low cross.

Mohammed Nejad Mehdi equalised for the Iranians at the half-hour mark, powering in a header from Mohammad Reza Hosseini’s cross.

Vahid Mohammedzadeh sent Zobahan into the lead six minutes before the half time break, capitalising on poor defensive coverage.

The defender battled for an aerial ball after a long throw-in and managed to squeeze in a shot from an arrow angle that beat goalkeeper Brad Jones at his near post to make it 2-1.

Al Nassr grabbed an equaliser 13 mintues after the restart through Abdelrazaq Hamdalla. The Moroccan looked to round goalkeeper Mohammed Rashid Mazaheri but was brought down inside the box.

Hamdalla stepped up to take the penalty himself and confidently slotted home the equaliser.

The former Al Rayyan forward thought he had won the game for his team late into the second half after he was again brought down inside the box and awarded a penalty in the dying minutes.

There was disappointment for Al Nassr fans this time, however, as the Moroccan's scoring boot deserted him and he sent his effort from the spot the wrong side of the post.

Instead, there was joy for the Zobahan supporters and further misery to the Saudi fans as the Iranian side snatched a late winner deep in added time.

Set-pieces were again the downfall of Al Nassr as Hamid Maleki’s corner-kick evaded all the defending bodies to find its way to Amir Motahari who rose highest to drive home the header in the last minute of added time and secure a 3-2 win for Zobahan.

Zobahan visit Dubai again next month, but this time to face Al Wasl. Meanwhile, Al Nassr’s pursuit of a first victory will continue on home soil as they welcome Al Zawraa to the King Fahd International Stadium in Riyadh on April 8.