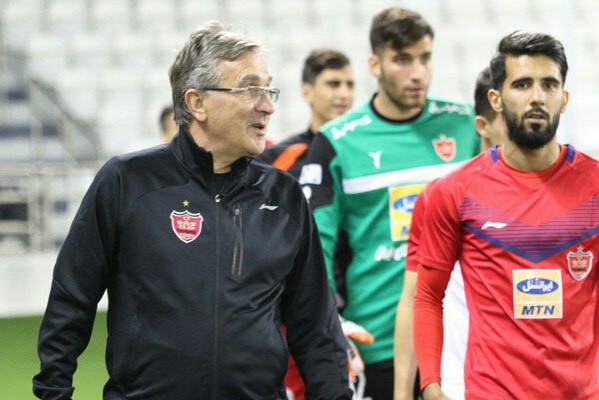 Tehran Times - Persepolis of Iran coach Branko Ivankovic looked optimistic about his side's chances to book a place in the 2019 AFC Champions League knockout stage despite losing to Al Sadd 1-0 on Tuesday.

The Iranian popular football team started the campaign with a 1-1 draw against Uzbekistan’s Pakhtakor last week and now sit bottom of the table with just one point.

“First, I would like to congratulate Al Sadd on winning the match It was a difficult game and both teams played well. We fought really hard and wanted to win the game but at the end of the game we were unlucky the way we lost it,” Ivankovic said.

Persepolis missed a number of chances in this match. Ali Alipour and Bashar Resan missed two clear chances at the last minutes of the match and the Iranian team conceded a stoppage time’s goal.

“In football, the results are not always fair. I also think their goal was in a clear offside position,” he added.

“We are not disappointed and will do our best to book a place in the knockout stage. We want to earn 12 points from our four next matches. We believe in ourselves that we can advance to the next stage,” the Croat stated.

“Al Sadd are a strong team but we created five scoring clear chances against them in the first half. In football, you have to take advantage of every opportunity, because your opponent will not squander their chances,” Ivankovic concluded.