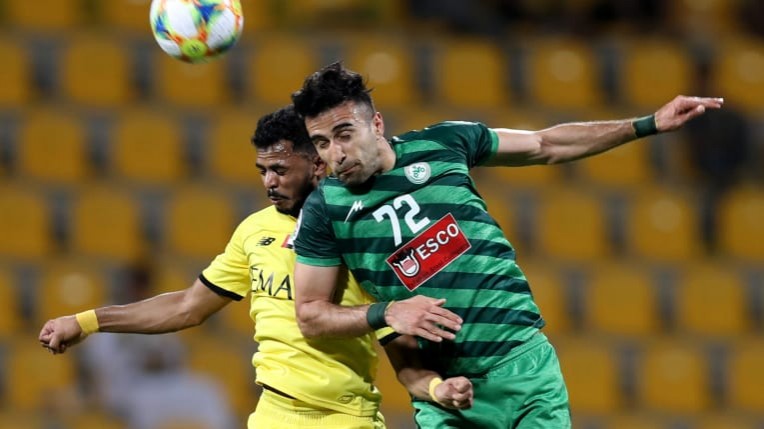 AFC - Christian Osaguona scored once and created two goals as Zobahan FC stormed to a 3-1 victory against Al Wasl at the Zabeel Stadium in Matchday Three of the 2019 AFC Champions League Group A on Monday.

Coming off the back of their heaviest-ever AFC Champions League defeat, Al Wasl were looking to recover from their 5-0 humbling at the hands of Al Zawraa. Meanwhile, Zobahan looked to extend their unbeaten record this campaign to three games.

Caio Canedo, captaining the side in the absence of Fabio de Lima, broke the deadlock at the quarter-hour mark. The Brazilian received Ali Saleh’s cross from the left wing, before firing on the turn into the bottom corner to fire Al Wasl in front.

Al Wasl fans’ celebrations were short-lived as Zobahan retaliated immediately from kick-off. Hamid Maleki outpaced his marker and delivered a pinpoint cross from the left for Osaguona, whose diving header beat goalkeeper Humaid Abdulla to bring the visitors level.

Zobahan turned the table on their hosts just ten minutes before the break. Hamid Bou Hamdan sent a long throw-in into the box that was headed on by Osaguona for Amir Motahari who hit it first time into the back of the net to make it 2-1.

The visitors heaped more misery on Laurentiu Reghecampf’s side five minutes from time as Hamid Bou Hamdan drilled in a powerful strike from outside the box into the bottom corner to seal the victory for Zobahan.

Caio was denied a chance to reduce the deficit in the final minute when he took control of a loose ball inside the box and shot low, but goalkeeper Mohammad Rashid Mazaheri made a fine save at the near post.

Zobahan, who moved to seven points, welcome Al Wasl to Isfahan for the reverse fixture on April 23. A repeat of tonight’s win would put the Iranians within touching distance of sealing a place at the round of 16.

the second goal is not in the highlights!