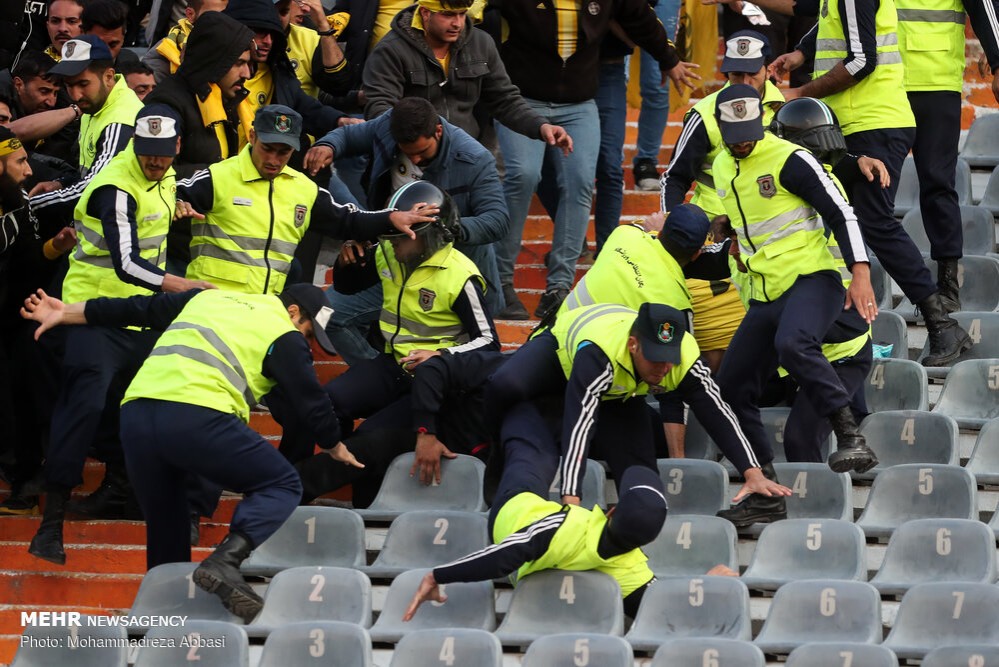 Tehran Times - The Iranian domestic football, known as Iran Professional League, has been marred by violence and abusive language.

The rivalry between Persepolis and Sepahan, two old and popular football clubs in Iran, is a footballing rivalry which dates back to many years ago.

However, in recent years the rivalry between these two teams, who have always been among the favorites to win the Iran Professional League (IPL), has often stirred controversy.

Chaotic scenes broke out during match between Persepolis and Sepahan on Friday as visiting fans broke the seats and clashed with the security forces.

In a rather disastrous afternoon, angry Sepahan fans started ripping plastic seats from the stands before hurling them onto the pitch at the Azadi Stadium in Tehran. Later the fans of both teams scrapped with each other in the stands before the start of the match and according to Tehran emergency center more than 250 fans were injured in the clashes before and after the game.

On Friday April 19, similar issues happened in Tabriz. After the match between Tractor Sazi and Paykan, the Tabriz fans were devastated at their team’s 0-1 home loss and started causing a public nuisance as a display of their anger.

The Football Federation of Iran Disciplinary Committee on Saturday made temporary rulings in some disciplinary cases regarding the match between Persepolis and Sepahan. The committee has also made penalties for some clubs and their violent fans in previous similar cases. The punishments were temporary. So were the solutions. That behavior has been repeated again and again at pitches everywhere in Iran and of course it is something that can be seen in stadiums all over the world.

Sport can heal and unite cultures. But sometimes the anger of biased fans of some teams lead to unpleasant scenes in sports, especially football. Violent incidents of Iranian football in recent years have reached alarming levels, putting pressure on the Iran Football Federation (FFIRI) to adopt stronger measures. 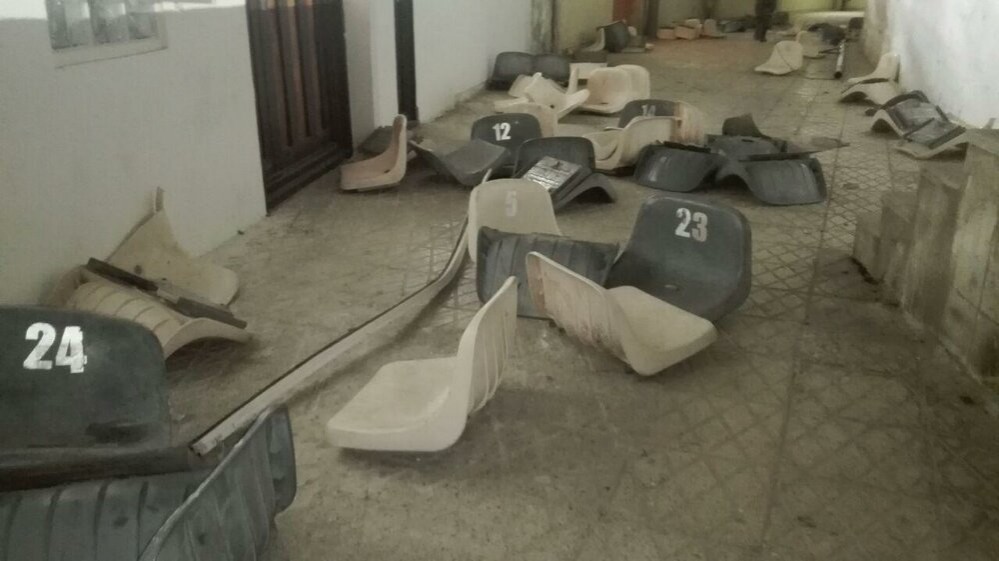 To prevent the recurrence of such incidents, there is a need to take it seriously. Coordinated measures by federation of football, government, security authorities and football clubs might be useful. Weak security procedures and ineffective management have paved the way for violence.

English football was once plagued with violence between supporters. The English football association introduced new measures to prevent rival fans from conflict. Stadiums were re-designed so that visiting supporters are confined to one area with its own entrance and exit.

New ticketing systems also required English supporters to give their contact details when purchasing tickets. This allowed individual buyers to be traced back to their seats. The new system made it possible for officials to identify potential conflict areas before violence occurred.

In Iran, integrating similar ticketing system would need the government’s backing to improve infrastructures in stadiums around Iran. This ranges from sophisticated magnetic scanners to an elaborate camera system.

The clubs themselves should also take responsibility and play an active role in stamping out violence among their supporters.

Violence and abusive language won't disappear overnight. Fundamental steps are needed to eliminate these issues from football little by little.