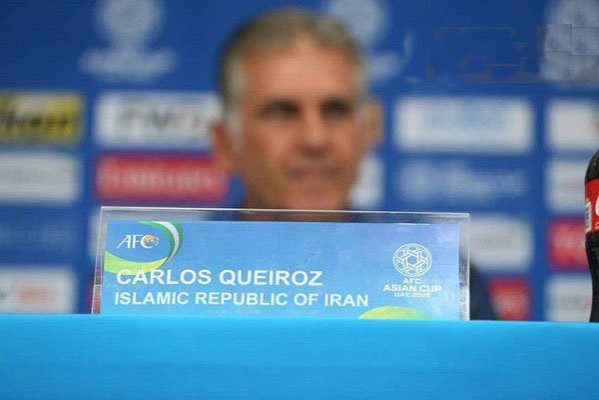 Tehran Times - The Football Federation of Islamic Republic of Iran (FFIRI) says it is filing a complaint to FIFA against Carlos Queiroz for making a string of false allegations against the federation in relation to a contractual dispute between the relevant parties.

The Portuguese coach had filed a complaint to FIFA two weeks ago saying the Iranian federation still owes him salary from his spell in charge of the national team.

His lawyers had claimed that the Iranian federation failed “to fulfil its obligations, related to the last six-month contract that ended in January and also related to the previous one.”

Afterward, FFIRI President Mehdi Taj said that the non-payment was due to sanctions which restrict bank transfers, however Queiroz in an interview with Tehran Times accused the top official of misleading the public opinion in order to hide and escape from his responsibilities and faults.

“It has nothing to do with restrict bank transfers. It only happened because the president of football federation failed to honor his word and dignity. It happened because he failed to do his promises and guaranties,” the Colombia coach told Tehran Times correspondent.

Now, the Iranian federation has filed a complaint against Queiroz over his false allegations.


“Queiroz will face prosecution in relation to his allegations, claiming the Iranian federation is misleading the public. FFIRI is working to fulfil its obligations and it takes time but Queiroz is continuously violating the FIFA's ethics code in relation to this issue. The Iranian football federation is complaining against Queiroz for making false claims,” chairman of FFIRI legal committee Ahmad Reza Barati told Tehran Times.