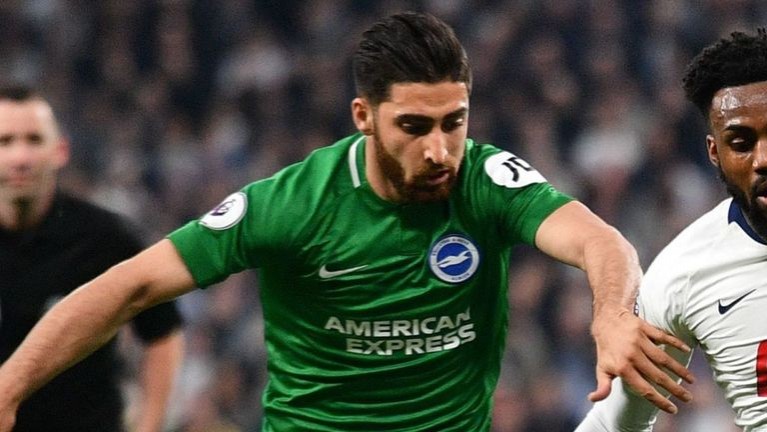 Albion splashed £17m on the Iran international after he topped the Eredivisie scoring charts with AZ Alkmaar.

But the 25-year-old winger has so failed to find the net for the Seagulls and was dropped from their squad for last weekend's 1-1 draw with Newcastle.

With survival now guaranteed, Hughton is confident that Jahanbakhsh and fellow summer signing Florin Andone will adapt to England's top-flight.

Speaking ahead of Brighton's game at Arsenal on Super Sunday, live on Sky Sports Premier League, Hughton said: Sometimes it's difficult when you've brought a player in and you have other options.

"A lot of players that don't settle into that first season can or possibly could argue that if they had played more regularly, they would have worked through it.

"But that's trying to get that balance between what you feel is your best team at the time.

"With the players mentioned (Jahanbakhsh and Andone), I'm sure there will be more from them next season."

Albion now have a pressure-free trip to the Emirates Stadium, before finishing the season at the Amex Stadium against title-chasing Manchester City.

Hughton believes Unai Emery has done "a wonderful job" since succeeding the long-serving Arsene Wenger at Arsenal and expects the Gunners to improve further under the Spaniard.


The London club sit two points off the top four in the race for Champions League qualification and are on the brink of reaching the Europa League final.

"I'm looking at the period of time he's been in and also what he took over - a manager that had been at the club for so many years," Hughton said of Emery.

"It's never easy to walk into a team and just get the instant results but I still think he's a done wonderful job, had an incredible run of not losing any games earlier in the season.

"I think they will be a squad and a team that will get stronger and stronger over these next few seasons."