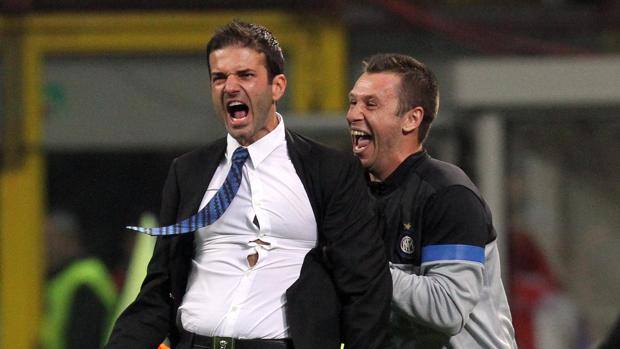 MNA – Esteghlal managers have held a four-hour-long negotiation with the Italian coach Andrea Stramaccioni on Tuesday in Turkey.

According to the official website of Esteghlal FC, the club’s president Amirhossein Fathi and sporting director Ali Khatir have held a four-hour-long negotiation with Andrea Stramaccioni and his agent.


Former Inter Milan coach showed that he knows the Iranian team very well and is aware of interesting technical details about the team’s players, noted the report, adding that Stramaccioni will reveal the results of talks on June 1.

Esteghlal suspended the German Winfried Schäfer in late April due to team’s failure in the Iran Professional League (IPL) and also in the 2019 AFC Champions League. Assistant Farhad Majidi, a former striker of the team, replaced him till the season end. According to reports, the German coach has signed a contract with UAE’s Baniyas SC.

Esteghlal finished this season’s IPL no better than the 3rd place with 57 points, while their arch-rival Persepolis, with 61 points, claimed the title for the third consecutive year.