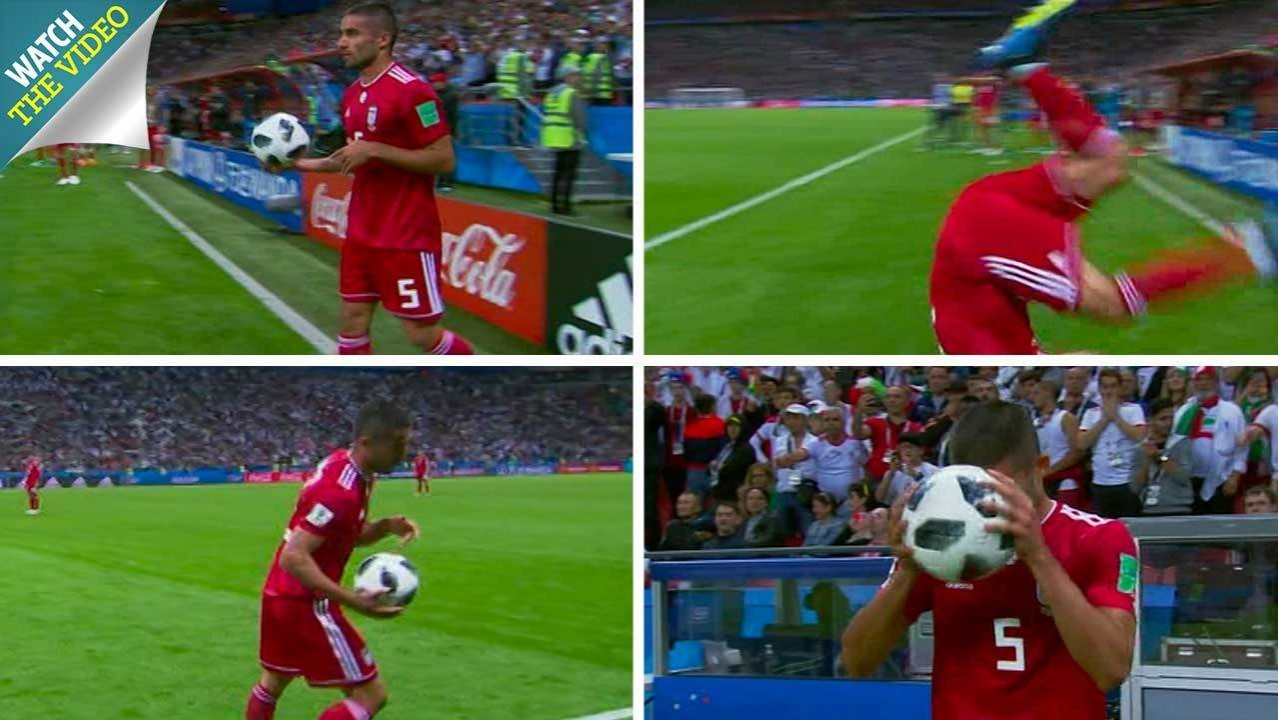 Sportbible - If you were a professional footballer, representing your country at the World Cup would be the crowning achievement of your career.

It would be something to tell your grandchildren, especially if you did something utterly ridiculous and funny that catches the attention and admiration of millions watching at home.

With time ticking away in their crucial Group B match in Kazan, Mohammadi wound up for a throw in to try to give his side a last chance at equalising against a Spain team that led by a single goal.

He kissed the ball, pointed to the sky, and performed a forward roll before throwing the ball into play.

Unfortunately, it didn't quite work out as it probably did in his head slightly before he took action.

He didn't release the ball in the end and was forced to abort his plans and try something a bit more conventional.

Regardless, he has taken his place amongst the pantheon of World Cup heroes by even considering the idea.

His piece of throw inspiration didn't exactly spark much of a revival and Iran went on to lose the game 1 - 0, with the game being decided by Diego Costa's fortuitous goal.

One admiring twitter user said: "94th minute and you need an equaliser... A roly-poly throw in, you say? WHAT?"

Another said: "Iran with the greatest throw in, in World Cup history."

Milad Mohammadi, we salute you.