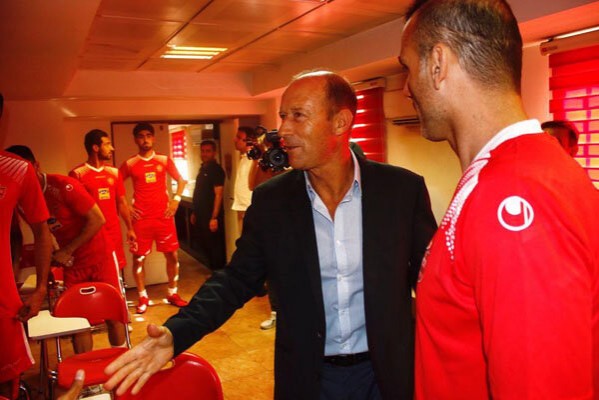 The 59-year-old Argentine coach, who arrived in Tehran, capital of Iran Sunday night, has signed a one-year contract, with the option to extend for a further year.

The Croat led Persepolis to the Iranian domestic treble last season. Under guidance of the Croat, the Reds experienced their first ever AFC Champions league final as well.


Ivankovic, who built the most decorated resume of any coach in Persepolis history, is now leading Saudi Arabian football club Al Ahli.

Calderon, the ex-Argentina midfielder, who has represented Albicelestes in the 1982 and 1990 FIFA World Cups, is familiar with coaching in the region since he has already led Bahrain, Oman and Saudi Arabian national football teams and coached Saudi clubs Al Hilial and Al Ittihad and Qatari outfit Qatar SC.