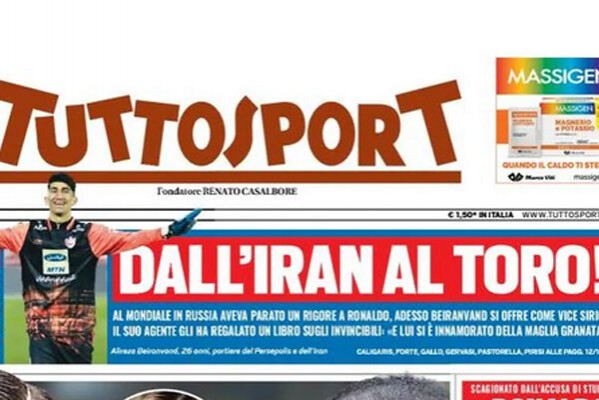 Beiranvand, whose contract with Persepolis runs out until 2021, has a 600,000 euros release clause, lagoleada.it reported.

Two more Serie A clubs Cagliari and Atalanta are monitoring the Persepolis goalkeeper.

The 28-year-old had been linked with a move to Turkish top-flight football teams Fenerbahçe, Beşiktaş and Çaykur Rizespor.

Belgian club K.R.C. Genk and Dynamo Kiev of Ukraine were following the custodian.

Beiranvand saved a penalty from Cristiano Ronaldo in the match against Portugal in the 2018 World Cup and thrusted his name into the international spotlight.