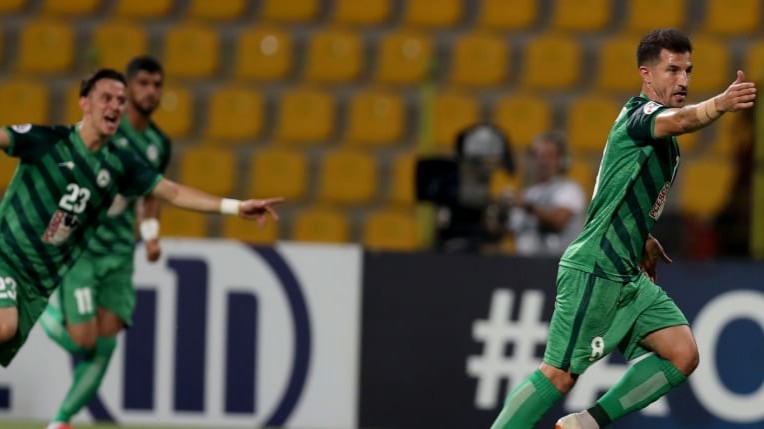 AFC - Zobahan FC got a valuable away goal, but it was Al Ittihad who walked away with a 2-1 win at the Zabeel Stadium in the first leg of the 2019 AFC Champions League Round of 16 on Monday.

The eventual winners of the last 16 tie - the return leg will be played on August 12 - will face either Al Ahli Saudi FC or Al Hilal SFC in the quarter-finals.

The defeat was Zobahan's first in the 2019 AFC Champions League, having won three and drawn three matches in the group stage.

The first few minutes of the game saw end-to-end action, and within seven minutes the deadlock had been broken.

The Al Ittihad defenders failed to clear a long throw-in and midfielder Luis Jimenez was forced into committing a foul on the edge of his box, bringing down Mohammad Niknafs.

Veteran midfielder Ghasem Haddadifar stepped up to take the free-kick and curled it over the wall and into the top corner of Fawaz Al Qarni’s net to gift Zobahan a valuable away goal.

The Saudis response was instant, and it was Jimenez who atoned for his mistake. Zobahan defender Masoud Ebrahimdzadeh attempted to clear an Emiliano Vecchio cross, but the ball bounced off the crossbar and into the path of Jimenez who swept home the equaliser on his debut in the ninth minute.

Jose Luis Sierra’s men came close to taking the lead at the quarter-hour mark through Romarinho who met Carlos Villanueva’s cross at the far post, but his header hit the side netting.

The pair combined again in the 29th minute with Villanueva supplying a through pass to the Brazilian who missed the chance to score his fourth goal of the campaign, firing straight at the goalkeeper.

Romarinho wasted a golden opportunity an hour into the game after he was sent through by a defence-splitting Villanueva pass. The Brazilian was one-on-one with the Zobahan goalkeeper but placed his shot narrowly wide.

The Zobahan defence finally yielded to the pressure in the 72nd minute and Villanueva was again the key. The Chilean whipped an out-swinging cross that was met by a towering header from defender Ziyad Al Sahafi which nestled into the bottom corner of Mohammad Sadeghi’s goal to make it 2-1.

With no clear-cut chances in the remaining minutes, Zobahan were dealt their first defeat in the 2019 AFC Champions League, but go into the second leg next week in Doha still well-placed to advance to the quarter-finals for the first time since 2011.