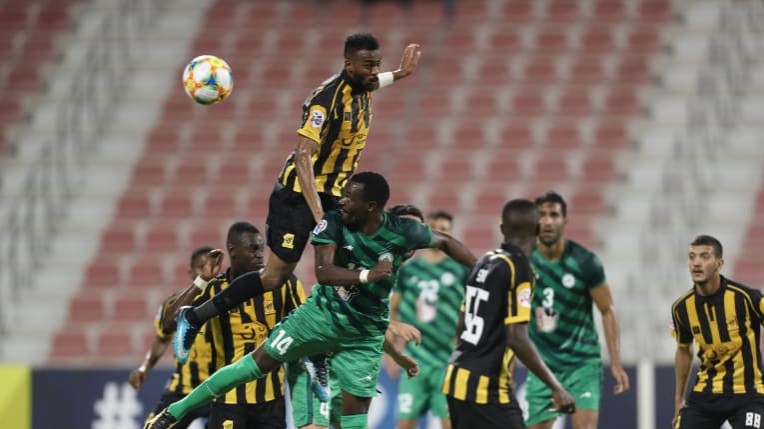 AFC - Fans at Grand Hamad Stadium were treated to a fine display of attacking football as Al Ittihad and Zobahan played out a seven-goal thriller with the Saudis emerging 4-3 winners in the second leg of their 2019 AFC Champions League Round of 16 encounter to guarantee themselves a place in the quarter-finals.

Having won the first leg 2-1, the two-time continental champions advanced with a 6-4 aggregate score and have set up an all-Saudi quarter-final clash with one of their arch-rivals Al Hilal or Al Ahli. The two sides face-off in Riyadh on Tuesday.

Following last week's first-leg victory, Al Ittihad needed to extend their unbeaten run in the competition to six games in order to reach the quarter-finals for the seventh time in their history, whereas only a win would help Zobahan avoid a third Round of 16 exit in four years.

Chasing an early goal, Zobahan started on the front foot and Ghasem Hadadifar looked to open the scoring early on for Zobahan, trying his luck from long range in the eighth minute.

Macauley Chrisantus snatched the ball from an Al Ittihad defender and fired from a narrow angle a minute later, but goalkeeper Fawaz Al Qarni was alert and made the save on both occasions.

After several half-chances for both sides, it was Al Ittihad who finally opened the scoring just before the end of the opening period. New signing Emiliano Vecchio collected the ball deep into his own half and made a 30-yard run before supplying the ball to Carlos Villanueva out wide on the left.

The Chilean playmaker delivered a perfectly weighted return pass for Vecchio who had continued his run into the Zobahan box, and the Argentine finished with his left into the bottom corner to put Al Ittihad 3-1 on aggregate.

After the restart, the game erupted into life with two goals in quick succession; one in each net. First, it was Zobahan who were gifted a goal through Luis Jimenez. The Al Ittihad midfielder tried to defend a free-kick, but the ball bounced off his knee and into Al Qarni’s goal to restore parity.

Villanueva supplied a through pass for Romarinho, but the ball was closer to goalkeeper Mohammad Sadeghi who attempted to clear the ball, but completely miscued his kick and the ball ended in the back of his own net, handing Al Ittihad a 2-1 lead on the night.

Left-back Hamdan Al Shamrani embarked on a jinking run that ended with him deep into Zobahan’s box. The defender pulled the ball back for Romarinho who calmly controlled and finished for his fourth 2019 AFC Champions League goal in the 64th minute.

Six minutes later, Romarinho was on the scoresheet again, this time it was Jimenez on the assist, setting up the Brazilian after collecting a Villanueva pass at the edge of the Zobahan box. Al Ittihad were now 4-1 up on the night and 6-2 on aggregate.

Zobahan responded instantly as Hadi Mohammadi rose highest and powered a header into the roof of the net following Hadadifar’s in-swinging corner.

The goal-fest was not over yet. Four minutes to the end of 90, Chrisantus pounced back on the loose ball after Al Qarni punched away Alireza Cheraghali’s powerful shot from inside the box following a quick exchange of passes.

The Nigerian striker’s goal reduced the deficit to one, but at 4-3, Zobahan still needed two goals in the remaining time to turn the tie around but Jose Sierra’s men held on for the win to reach the AFC Champions League quarter-finals for the first time since 2014.