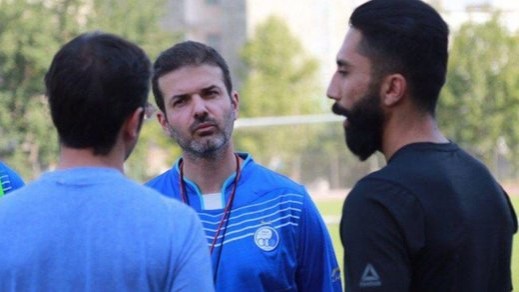 PLDC - Andrea Stramaccioni, who intended to leave Esteghlal FC by mutual consent, is going to stay in the Iranian team.

The former Inter and Udinese coach signed on June 13, with a contract that was meant to run to June 2022.

Italian site Tuttomercatoweb had reported that the tactician was in talk with Esteghlal to break off the deal before the season even begins.

Stramaccioni is seemingly irritated at the breakdown in negotiations for several players he had requested, including Manuel Pucciarelli and Boukary Drame.


Now, the Italian sports journalist Gianluca Di Marzio has reported that Stramaccioni has reached an agreement with Esteghlal officials to stay in the team.

The Blues will start the new season with a match against Machine Sazi on August 23.

Esteghlal as one of the Iranian most popular football teams has not won the title since 2013.