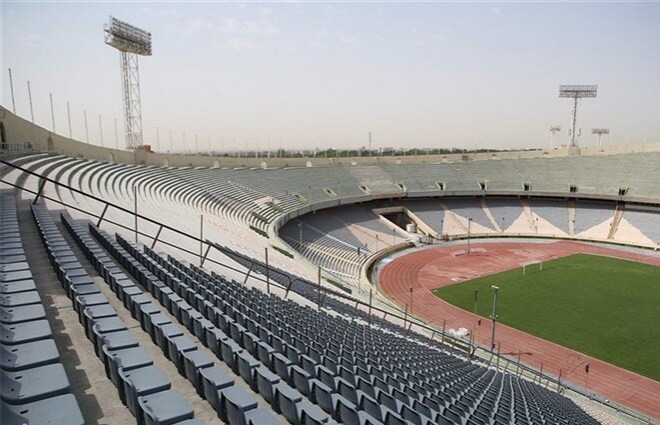 Tehran Times - The new season of Iran Professional League (IPL) will kick off on Thursday however there are a number of problems that need to be solved.

Titleholders Persepolis will raise the curtain on the new season at home against Pars Jonoubi but the Iran Football League Organization has announced that Azadi Stadium’s second floor is not ready for the match.

On Thursday, so many football fans will miss the IPL opening match at the stadium since the second floor is under construction.

It's a weird thing because the new season has been delayed for about one month, but the officials have yet to solve the problems.

Iran League Organization has a duty to provide the football fans with an adequate standard of attending the match. The league competition should be equipped with electronic ticketing, seat numbering systems and CCTV cameras in the new season but they need more time to be done.

Iran has made change the league regulations in order to improve it according to FIFA standards since the previous version needed to be reformed according to new standards.

All AFC affiliates are mandated to follow, from the professional to amateur leagues. The clubs will be granted a license after fulfilling five requirements:  Infrastructure, personnel administration, business, legal and sporting.

Iranian Football Federation is also under pressure since FIFA has asked it to provide a timeline towards women being able to buy tickets for the 2019 World Cup qualifiers.

Iran Deputy Minister of Sports, Mohammad Reza Davarzani, has recently said they are not ready yet to allow the women to attend football matches in the league competition because infrastructures are not ready, however they can attend the match against Cambodia scheduled for Oct. 10.

FIFA and AFC also want the Iranian officials to allow the women to attend the league matches.

“We respect the local law, but we also want to promote the game. Everybody needs to be catered, it’s an inclusive game. Women play the game in Iran, men play the game, so everybody should be able to watch,” AFC general secretary Windsor John told the Thomson Reuters Foundation in an interview.

It seems there is still a long way ahead of Iranian sports officials.