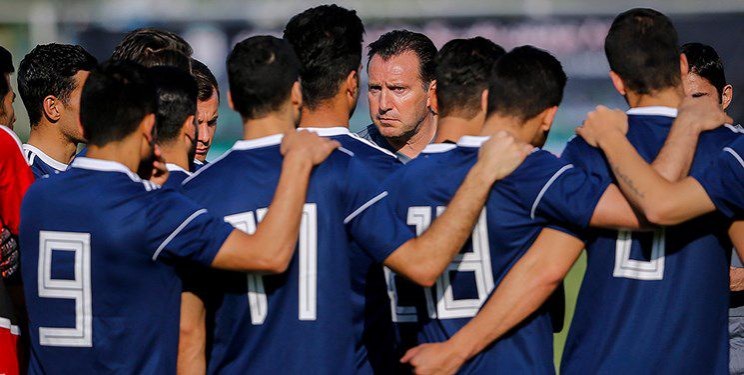 Tehran Times - Iran national football team are hoping to open their account with a victory in Group C against Hong Kong at the 2022 FIFA World Cup and AFC Asian Cup China 2023.

Marc Wilmots’s team will meet the East Asian side at the 40,000-seat Hong Kong Stadium in So Kon Po on Tuesday.

Team Melli, who have been drawn alongside Iraq, Bahrain, Cambodia and Hong Kong, are favorites to go to the third round.

Hong Kong got off to a shaky start in their Asian World Cup qualifier, drawing 1-1 against a mainly under-23 Cambodia side in Phnom Penh on Thursday night.

Hong Kong coach Mixu Paatelainen says he is not happy with the result but they want to turn that around against Iran.

“I’m not surprised they’re the highest ranked Asian team in the FIFA rankings, but it’s a different kind of challenge. I’m a very positive person and I also want to turn that around,” the Finn said.

Iran iconic attacking midfielder Saman Ghoddos, who currently plays in French club Amiens, is a big absent in this match after he was suspended for four months by FIFA for failing to honor an agreement to join Huesca.

Striker Mehdi Taremi will also miss the match due to foot injury.

Team Melli’s Belgian coach, who replaced Carlos Queiroz, started his reign in Iran with a 5-0 win over Syria in a friendly match and drew 1-1 with South Korea in Seoul in June.

Wilmots has shown that he is interested in attacking football.

“We are going to have a strong start in the competition. We will dictate our style of play. Team Melli will play an attacking football against their opponents,” Wilmots said.

In the third round, the 12 teams will be divided into two groups of six to play home and away round-robin matches. The top two teams in each group will qualify for the World Cup, and the third-placed teams will advance to the fourth round.