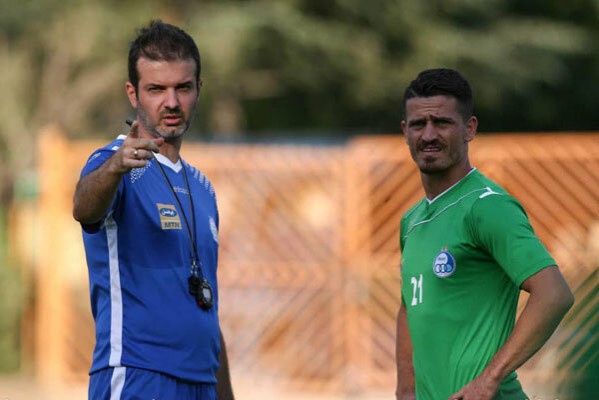 Under the Italian coach, Esteghlal have suffered one defeat and two late draws in Iran league.

Esteghlal are scheduled to meet their arch-rivals Persepolis on Sunday in Tehran’s Azadi Stadium.

“We are preparing for this important match and I’ve requested my players to give 110-percent effort in this match. Every one of us has to take responsibility for what we have done, if not, I will be disappointed,” Stramaccioni said at the pre-match press conference.

Esteghlal forward Cheick Tidiane Diabaté will be absent in the match due to a rib injury.

“Diabaté will most likely miss the match as well as Farshid Esmaeili. Also, Mehdi Ghaedi is a doubt for the derby. But we are mentally prepared because we have an important match ahead,” the ex-Inter coach stated.


Can the fear of being fired make you feel worried?

“In professional football, you have to expect everything. I will step down if I am problem. I will respect the club’s decision,” Stramaccioni answered.

“We need more time to build a team we want. Esteghlal have missed so many players and play with a new coach and with a new style. It takes time. I don’t care about the derby’s result. We want to strengthen Esteghlal, that’s why we are here,” the 43-year-old coach concluded.