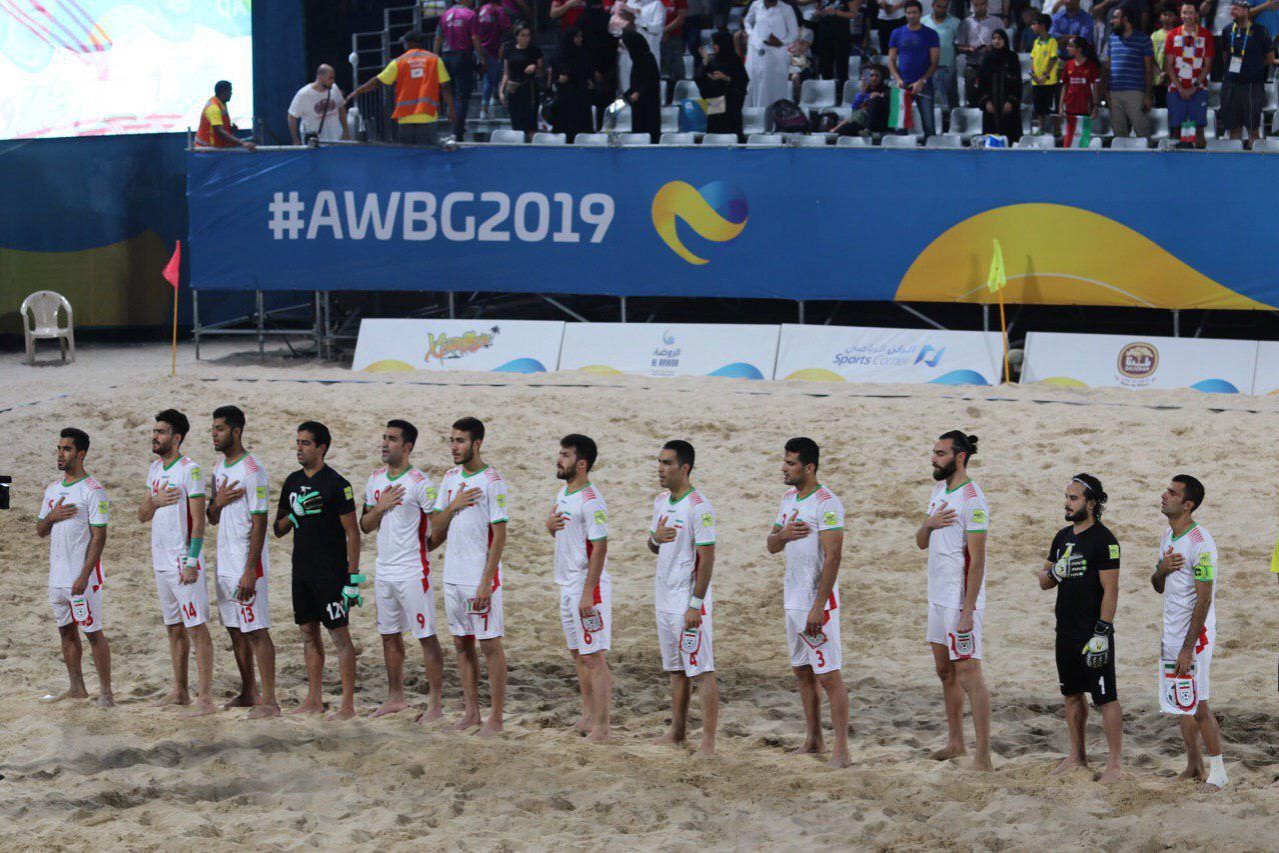 Brazil won the title after beating Russia 9-2 in the final match.

Beach soccer is one of 14 sports being showcased at the World Beach Games, which was held in Doha, the capital of Qatar, from 11-16.

Iranian athletes have already won one gold and one silver in the event.