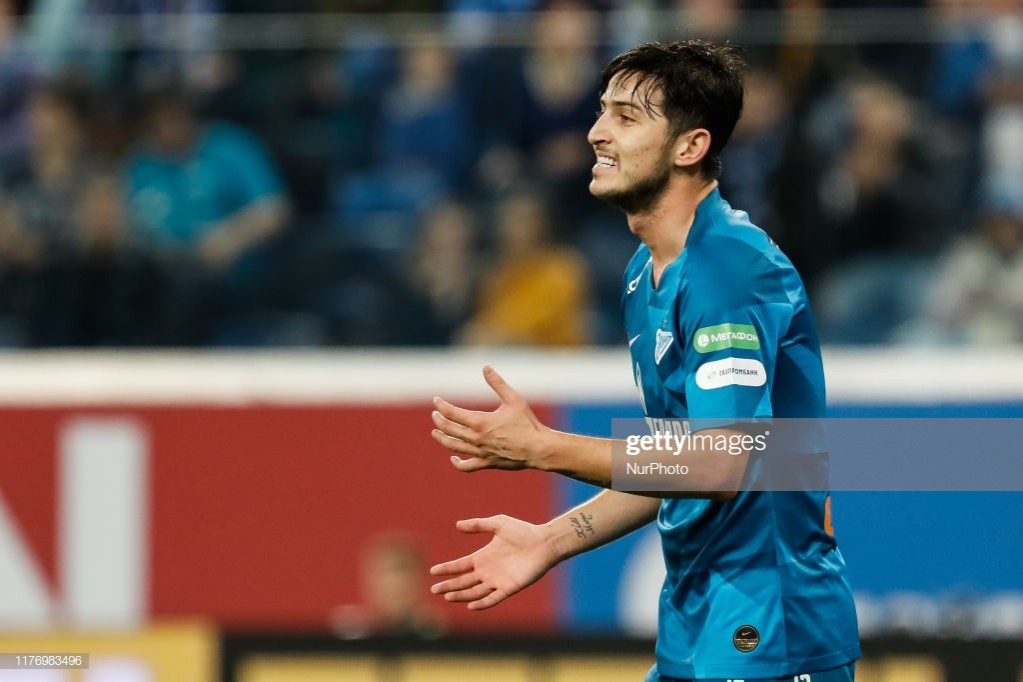 Zenit - Sergei Semak's men recorded their biggest win of the season as they crushed Rostov 6-1 at the Gazprom Arena.

Three goals either side of half-time saw the blue-white-sky blues hit six past Egor Baburin the Rostov goal, Artem Dzyuba took the plaudits as he scored three and made two, getting his first and third from the penalty spot on 14 and 80 minutes. A towering header from a Karavaev cross allowed the big man to score his first hat-trick of the season.

The other goals came from Sardar Azmoun (44), Vychaslav Karavaev (61) and Wilmar Barrios (92) with Rostov's reply also a penalty scored by Eremenko on 83.

The win means Sergei Semak's side stay in second place, only behind Lokomotiv Moscow in first place on the teams head-to-head record.

The next game for the blue-white-sky blues is away in the Champions League in Germany when RB Leipzig host us on Wednesday 23 October.