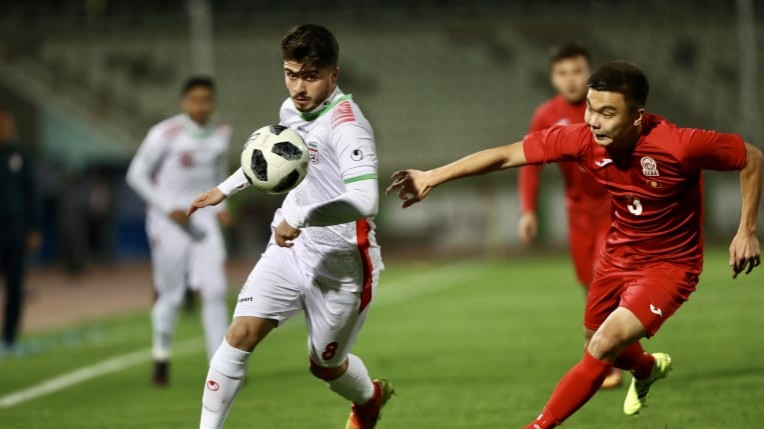 AFC - Both teams tried their best to score but neither could find the opener as the score remained 0-0 at half-time.

Four-time champions IR Iran, however, laid down the marker in 53rd minute through Aria Barzegar's header at the far post as he finished off Ahmad Reza Jalali's delivery from the left flank.

The goal spurred Seyyed Akbar Mousavi's side to push forward as they dominated the game and their persistence paid off in the 78th minute when Alireza Monazami rose highest to head home Iran's second goal.

Yasin Salmani then ended the proceedings with his penalty strike in the 82nd minute to seal the points.

Iran play Nepal on Friday while Kyrgyz Republic will aim to revive their hopes against the UAE.