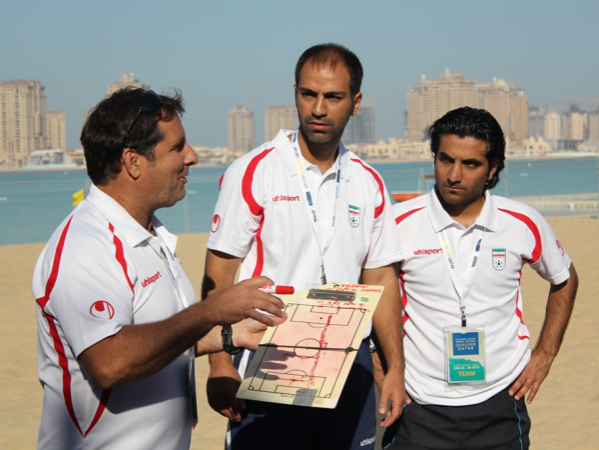 Team Melli lifted the cup for the third time Friday night after defeating Spain 6-3 in the final match.

Ex-Iran coach Octavio, who has played the key role in Team Melli’s success in the past years, has congratulated the Iranian players and coaching staff.

“I would like to congratulate the Iranian players and coaches. I am very happy for the performance of our team. Our team Repeated last year’s success,” the Brazilian coach told Tehran Times.

“We created a model of training and a style of play. Iran beach soccer school is recognized by all the world. I believe that the Iranian players are playing well and the team take advantage of a good coach Abbas Hashampour. With him they always can stand on the top,” Octavio added.

“I hope to see my Iranian friends again. I’ve recently obtained my FIFA license and plan to return to football in Iranian League in 2020. I want to work in an Iranian football who have big project for the futue,” he added.

“I started my career in football and I want to work as a football coach from now on,” Octavio concluded.