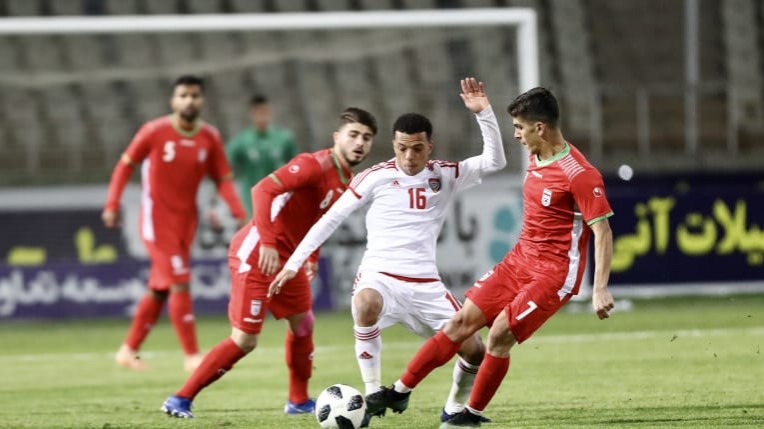 AFC - Islamic Republic of Iran qualified for AFC U-19 Championship Uzbekistan 2020 as group winners, confirming their place among Asia’s elite with a 2-0 win over United Arab Emirates at PAS Stadium on Sunday.

IR Iran confirmed their qualification for Uzbekistan 2020, defeating UAE 2-0 to emerge as group winners after winning all three matches on home soil.

UAE’s defeat to Kyrgyz Republic 48 hours earlier meant Team Melli required only a point to secure top spot in the group, but they went one better with Aria Barzegar’s and Mehdi Hashemnezhad Rahimabadi scoring to extend their perfect winning record.

While Iran celebrated a completed qualifying mission, UAE’s defeat confirmed their elimination, with Ferdo Milin’s side finishing a disappointing third in the group.

Iran were in touching distance to qualification, while nothing short of a win would suffice for the UAE, and, perhaps as a result of those high stakes, the opening minutes were cagey.

Iran had one of the better chances of the half when Mohammadmehdi Ahmadi found space in following a corner kick, but his header was directed straight at Emirati goalkeeper Rakaan Al Menhali.

While that chance went begging, the all-important breakthrough did come, with Persepolis signee Aria Barzegar doing his growing reputation no harm as he pounced on a loose ball with a terrific half-volley which left Al Menhali rooted to the spot in the dying moments of the first-half.

With their 1-0 lead intact, Iran continued to prosper after the interval, although it didn’t immediately translate into goals, with Hossein Nokhodkar spurning a terrific opportunity when he picked out Al Menhali despite a number of teammates offering support.

UAE’s chances were dwindling by the minute, and their card looked marked when substitute Eisa Khalfan Al Harasi pulled one of their best chances wide after finding some rare space behind the Iranian defence with 20 minutes remaining.

Their fate was sealed with 10 minutes remaining, with substitute Hashemnezhad making the most of his introduction three minutes earlier to score a second, putting Iran’s win, and place in the finals, beyond any doubt.

Iran return to the AFC U-19 Championship having missed out on the 2018 edition, while UAE will be absent from the finals for the first time since 2004.