He arrived in the Iranian capital last Wednesday. A dinner banquet was held at a luxury Tehran restaurant to welcome the former footballer, attended by him and a number of veteran Iranian football players.

Ali Daei, Afshin Peirovani, Karim Bagheri and Vahid Hashemian were among those present at the dinner banquet with their families. Seedorf’s fans were also present.

After having dinner, the five former football stars went in to the coffee shop at the restaurant to have their photos taken by photographers.

Seedorf’s Spanish agent as well as his Swedish-Indian friend was also seen at the meal. Seedorf’s Indian friend is one of influential agents at the Indian Football Federation and has played a key role in some of Seedorf’s transfers. 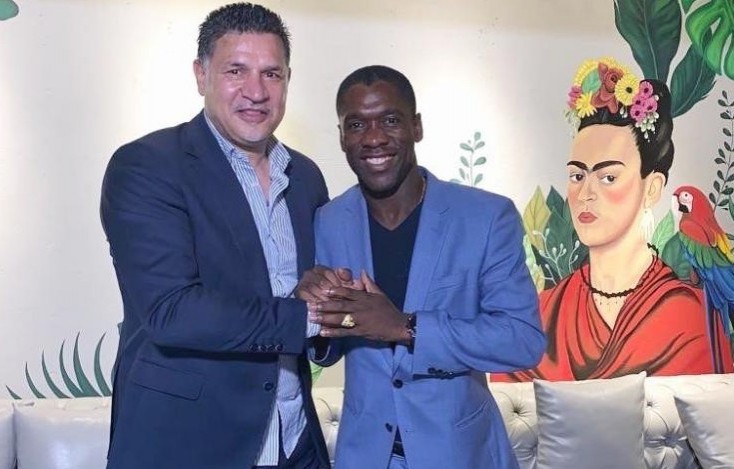 Seedorf’s Spanish agent and he himself were warmly talking to Hashemian. The agent also invited Daei to go to Spain. Meanwhile, Adel Ferdowsipour, the former presenter of popular Iranian sports program called Navad, spent a few minutes at the coffee shop before leaving there. In the last minutes of the get-together, Seedorf asked Daei to play computer games with him, but Daei turned down the offer with a smile.

The former Dutch player is one of Europe’s greatest football stars. He holds the record by securing four championships in the European League contests while playing for Ajax, Real Madrid and Milan. Seedorf has played for the Netherland’s National Football Team 87 times.

Prior to travelling to Iran, he had said that his trip was personal and that he was coming to Iran to see the country. He had said he was happy to be visiting one of Asia’s beautiful cities and its monuments.

The former footballer said one of the destinations that he wanted to travel to was Iran, adding he was happy to have found such an opportunity.

Seedorf is in Tehran on holiday and he is going to stay in Iran for quite some time.