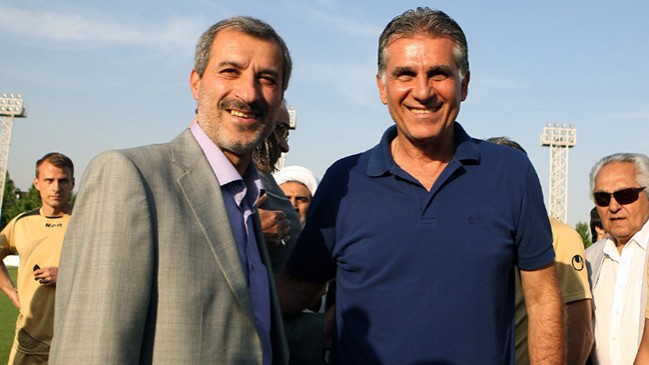 Taj is under pressure for Team Melli’s current situation in Group C, as Iran sit third in Group C of the 2022 World Cup qualification, four points adrift of Iraq.

Last week, the contract’s details of Marc Wilmots and his coaching staff with Iran national football team were disclosed. Media reports suggest that the Belgian has agreed to earn an annual salary of USD 3.6 million, however the Iranian federation had announced that it will pay him and his assistants USD 1.2 million.

Wilmots replaced Carlos Queiroz as Iran coach but has failed to meet expectations so far.

“I think it’s not Wilmots’s fault but Taj is to blame for the situation. Taj, as the person who sits on top of the pyramid, is responsible for what happened,” Mayeli Kohan said in an interview with ISNA.

“Taj has displayed a lack of knowledge in football over the past years. His deputy Mohammadreza Saket really doesn’t deserve to be here. Taj was supporting Carlos Queiroz when he was leading Team Melli but the Portuguese coach has shown that he is not a reliable coach since he has taken charge of Colombia,” the former coach added.