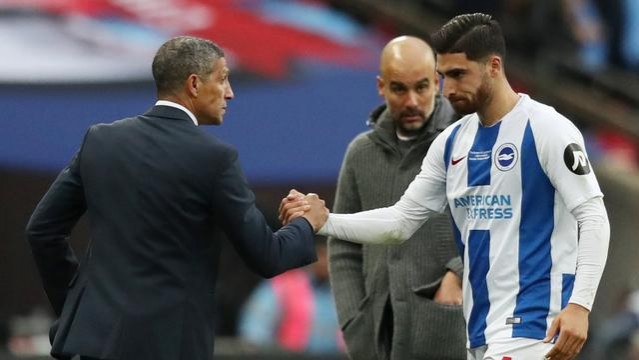 Tasnim - Alireza Jahanbakhsh is poised to leave Brighton & Hove Albion on loan in January after a nightmare 17 months since joining for £17 million from AZ Alkmaar.

The premier league club is lining up a temporary exit for the Iran winger in the new year, provided there are no setbacks with the timescale for Solly March’s return from minor groin surgery.

March is on course for a comeback early in January or sooner. That will trigger a move for Jahanbakhsh, probably back to the Netherlands, theathletic.com reported.

Jahanbakhsh’s fortunes have nosedived since his move to Brighton after an outstanding season for AZ Alkmaar. He scored 21 goals and provided 12 assists in 33 games for AZ in the Eredivisie in 2017-18.

Brighton, who had been long-time admirers of Jahanbakhsh, finally landed the 26-year-old after initially attempting to sign him in 2015 when it was still in the Championship.