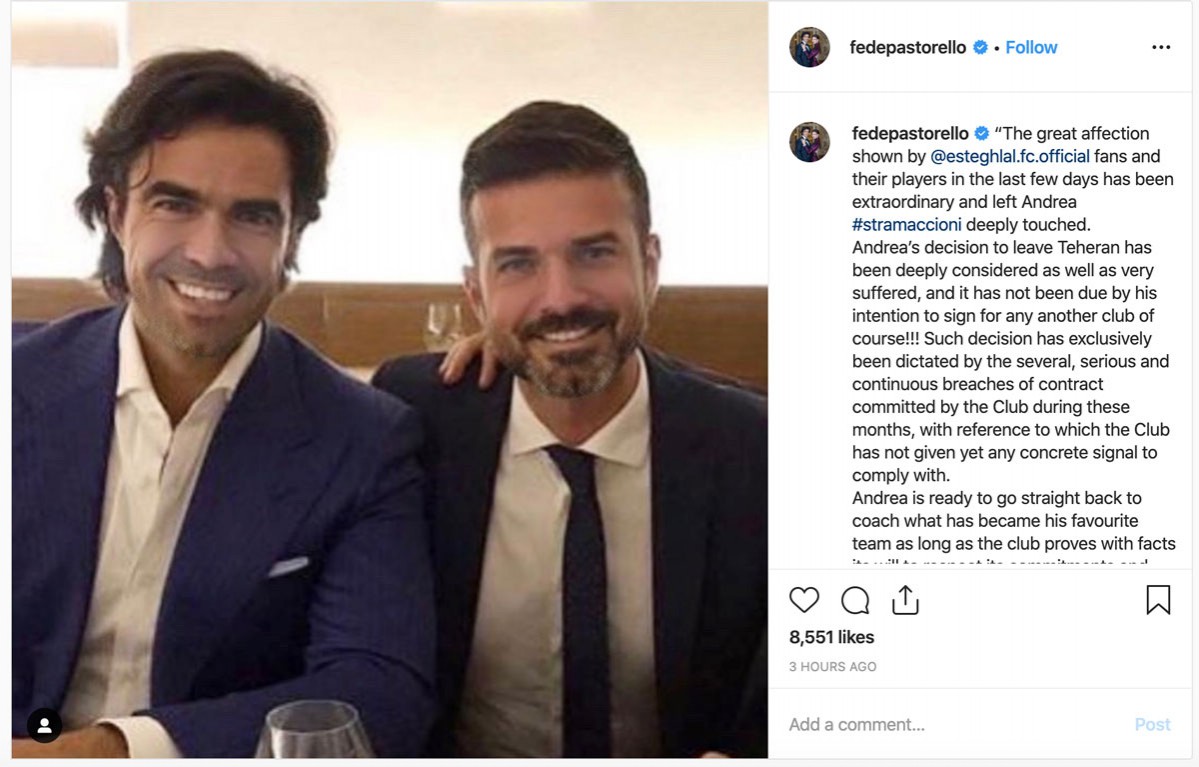 Gianluca Dimarzio - The rescinding of the contract arrived after some difficult months and tension with the club: Andrea Stramaccioni has left Esteghlal despite leading the club to first place in the standings. The former Inter manager's decision to leave prompted a fan demonstration yesterday and Stramaccioni told Sky Sport "If the situation is resolved, I would return tomorrow to Esteghlal"

Stramaccioni's sentiments were echoed by his agent Federico Pastorello who posted a message on Instagram:"The great affection shown by Esteghlal fans and their players in the last few days has been extraordinary and left Stramaccioni deeply touched. Andrea's decision to leave Teheran has been deeply considered as well as suffered, and it has not been due by his intention to sign for any other club of course. Such decision has exclusively been dictated by the several, serious and contenious breaches of contract committed by the club during these months, with reference to which the club has not given any concrete signal to comply with. Andrea is ready to go straight back to coach what has become his favorite team as long as the club proves with facts its will to respect its commitments and promises made"