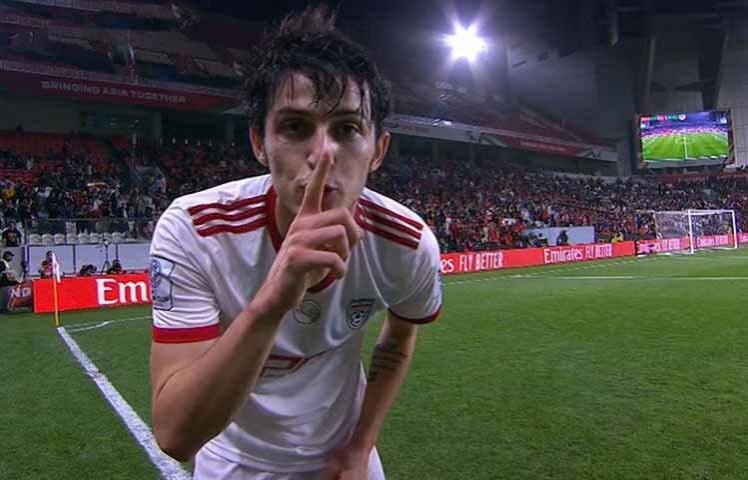 Tehran Times - Sportspersons have to behave more professionally since they serve as role models for the future generations. On the other hand, they have no choice but to show professionalism.

Dragan Skocic was appointed as Team Melli coach last week and the Iran federation - without a shadow of doubt – is subject to criticism over the lack of transparency but this doesn't mean that a player to allow himself to interfere the decision.

Sardar Azmoun used his Instagram account to publish a text attacking the newly-appointed coach closely related to what the federation has done.

It has nothing to do with the players to talk about the decision taken by the clubs and the federations.

Azmoun, as a rising star, has to grow and mature and take responsibility for his actions.

The Team Melli veterans have not expressed their opinions on the issue so far and have respected the federation’s decision but young Azmoun has stated his dissatisfaction with the current situation.

The most promising young talent, Azmoun has represented Iran national football team at the 2015 and 2019 AFC Asian Cups and 2018 World Cup but he has not yet learned to focus solely on his own responsibility.

Iran football federation decided to appoint Skocic as the Team Melli head coach and the players must respect the choice although they disagree with the decision.

Team Melli will have four must-win matches in late March and early June in the FIFA World Cup Qatar 2022 and AFC Asian Cup China 2023 and it shows that how difficult the situation is.

Every player must know what their role is on the field and Azmoun is no exception.