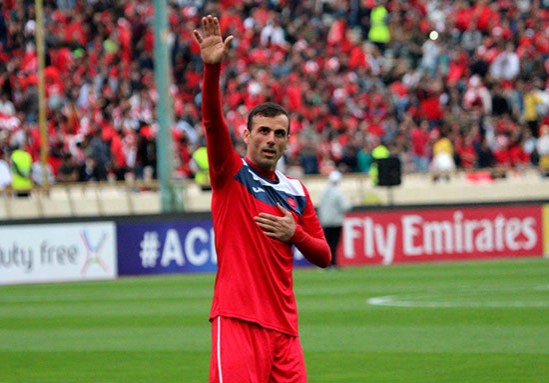 Tehran Times - Persepolis football team captain Jalal Hosseini has denied claims that he is going to hang up his shoes.

Local media reports suggest that Hosseini will bid farewell to football at the end of the season.

“I am not going to retire and keep going as long as possible,” the 38-year-old defender said.

“Now, Persepolis face so many difficulties and we should help our team to overcome this situation,” Hosseini added.

Hosseini started his playing career in Malavan in 2002 and has won seven Iran Professional League with three teams.

He is the most decorated football player in Iran football.

He represented Team Melli in the 2014 FIFA World Cup.