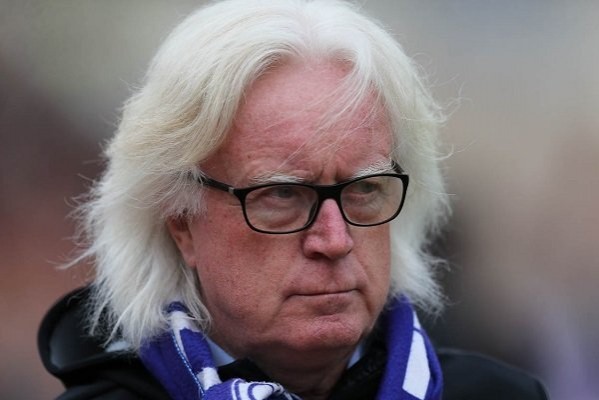 Tehran Times - Former Esteghlal coach, Winfried Schaefer, says that they could have won the title in Iran league but his sacking harmed he and Esteghlal as well.

On 29 April 2019, Schaefer was suspended until the end of the season two days after Esteghlal's loss to Padideh in the Iran Professional League. He was replaced by his assistant Farhad Majidi.

After two months, the German coach was named as new head coach of Emirati club Baniyas.

Schaefer filed a complaint against Esteghlal to FIFA over their unpaid salaries.

The Blues have to pay the coach’s payment otherwise, they will be punished by FIFA and could face money punishment, points deduction and transfer ban.

Esteghlal are one of the most popular football team in Iran and points deduction can be a massive blow to the team.

In an exclusive interview with Tehran Times, Schaefer has opened up about his time in Esteghlal and how he has to do at the moment.

Special thanks to Mohammad Hossein Zarandi, for making this exclusive interview possible.

Tehran Times: First of all, would you please let us know about your condition in Emirati club Baniyas?

Winfried Schaefer: We did a great job in Baniyas and build a new team completely. The youngest team in the league, many players who never got a chance to play before. Baniyas are now on a very good way. Since the coronavirus crisis which halted the UAE’s league, they changed their strategy drastically and we saw that we do not share the same ideas anymore. Next season I’ll not work with Baniyas anymore.

You were sacked as Esteghlal coach and now the Iranian football club have to pay you 550,000 USD. Esteghlal General Manager Ahmad Saadatmand is reportedly going to arrange a meeting with you to get a discount. Is that right?

I can say very honestly that Ahmad Saadatmand was the only Esteghlal’s board member at my time who seemed to understand the problems we had to face. You’ll remember that at that time the team and the coaching staff had to deal with circumstances that were so bad. I never saw something similar. After he became the team’s president, he reached out to me and I have to say he is very polite. I asked him to be an honorable man and take care of the salary of my Iranian and foreign staff. We previously agreed to meet but in the current situation, it's impossible what they're asking us to do. They can hold a meeting in Germany to talk about the issues.

Are you ready to negotiate with Esteghlal to solve the problem?

I am very confused by this question. The Esteghlal management and the ethic committee should focus on the circumstances of Esteghlal over the last three years and should focus on a transparent investigation. I can imagine it would make it more important for the millions of fans and it could help solve the financial crisis. Let’s hope President Saadatmand get all the support he needs from authorities. He needs this desperately because he is now in a very difficult situation that isn’t his mistake and the fans and the team deserve transparency too. Asking for a compromise in this situation is something that is unheard of in the professional world. Imagine you are fired from a job which you worked hard and the cancelation is not justified. You declared clearly that you want to do everything in your power to support your newspaper, but they talk bad about you, they lie and spread terrible rumors. Then they ask you to compromise on the money they owe you. How would you react?

Esteghlal club prevented you to enter the training one day after you were informed you were no longer the team’s coach. Honestly, it was not a professional behavior on behalf of a great team such as Esteghlal.

If I go into detail about the injustice and the sabotage the team and I had to suffer in my second year, certain people will spread more lies and defamation. Let’s me say this - the team and the staff fought against problems every single day and night. The last chapter of this sad spectacle was a shame for the President and the management and for Esteghlal.

Have you been linked with a move to your former club Karlsruhe?

No. The fans of course remember the good time we had. Karlsruhe always played in the second division before I came. We had a successful 12 years there, always first Bundesliga and very often in the Europa competition. After I left the team, they played at the second or third division. I will go back only with a strong financial partner to rebuild the club.

You worked at Esteghlal for two years but just won a Hazfi Cup in 2018, while the team’s archrivals Persepolis have won the titles in the past three years.

Another strange question. When I came to Esteghlal the President asked me to save Esteghlal, because they were in the bottom of the league table. We not only won the cup, but also qualified for the AFC Champions League. The next year was, as I said, a nightmare. We had to build a new team but we had no support and we had to deal with sabotage. But we still were able to be at the top of the league. I know, in the third year, with support of the management we would have been champions. I worked well with Pendar Tofighi, but he didn’t get the necessary support, so we lost important players. Well, you know, the rest. Imagine what was taken away from the fans.

What’s different between Esteghlal and Persepolis as a person who has worked in Iran football?

Let me answer this question with a little anecdote. After two days of training together, I asked (Gadwin) Mensha “why the Esteghlal fans feel Persepolis are treated better?” he laughed and said, “I never expected to see such big differences.” The trainings facilities were only one point of many.

Why can’t the Iranian teams win the AFC Champions League?

The Iranian players are outstanding, strong, skilled and they want to learn. But the circumstances are simply not comparable to Qatar, South Korea and Japan. You can only survive with hard work and with a good team spirit and a good mentality. For me, the match against Japan in the AFC Asian Cup is a good example for the problems Iranian Teams face often. It’s all about building confidence and psychological strength, beside of skills and fitness. We did that well in our first year, we did that again in the second year, step by step. That’s why I said the third year would have been a big success.

Carlos Queiroz and Branko Ivankovic. What’s your opinion on them?

They are two men I like very much and I respect. But I don’t want to judge their work. Both coaches were successful in Iran football.

The last question: Gabriel Calderon, Andrea Stramaccioni and Marc Wilmots left Iran since the country failed to transfer their salaries over the U.S. sanctions. Have you any idea about this?

I never talked to them. I can only say it’s an honor to train the national team of Iran. It’s a dream job and I am sure there would have been a solution if both parties agree to work for a solution.