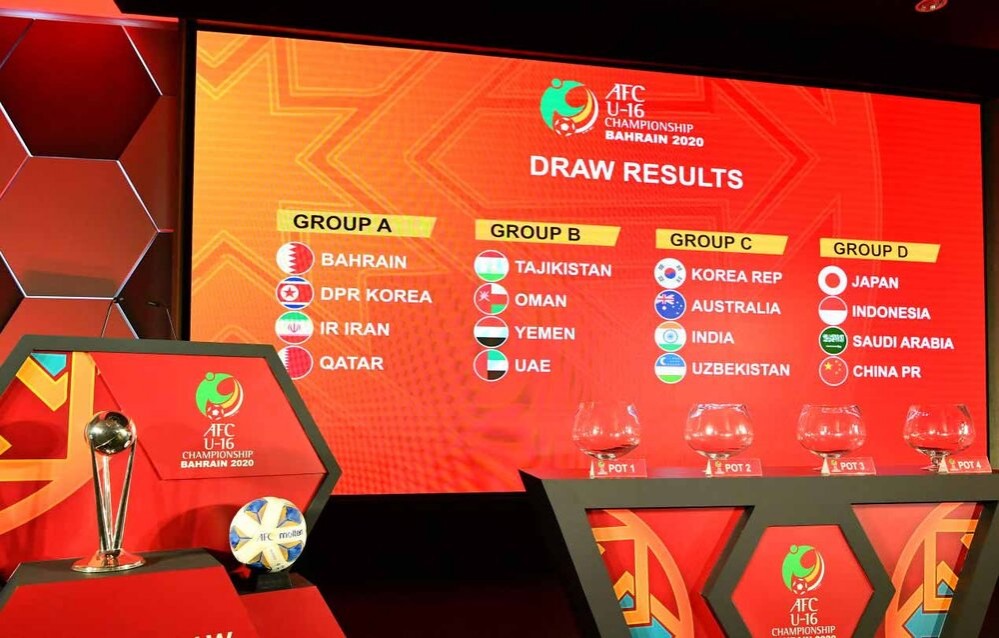 Tehran Times - Iran have been drawn with DPR Korea, Qatar and Bahrain at the AFC U16 Championship Bahrain 2020.

Sixteen teams will be vying for the title while the top four teams will qualify for the FIFA U17 World Cup Peru 2021, the-afc.com wrote.

Tajikistan, the 2018 runners-up, were drawn in Group B alongside Oman, Yemen and the United Arab Emirates.

Two-time champions Korea Republic, who finished third in 2018, were drawn in Group C with Australia, India and Uzbekistan.

DPR Korea, winners in 2010 and 2014, will be up against hosts Bahrain, Islamic Republic of Iran and Qatar in Group A.