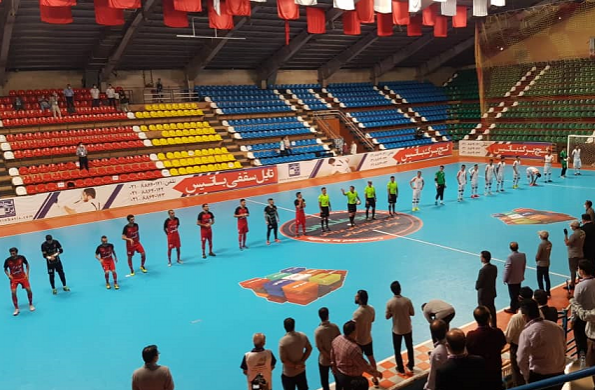 In the match held in Isfahan’s Piroozi Hall, the visiting team defeated its rival 4-3.

The second leg will be held in Tabriz next week.

The season features 12 teams this year.

Mes Sungun is going to make hat trick by winning the title.