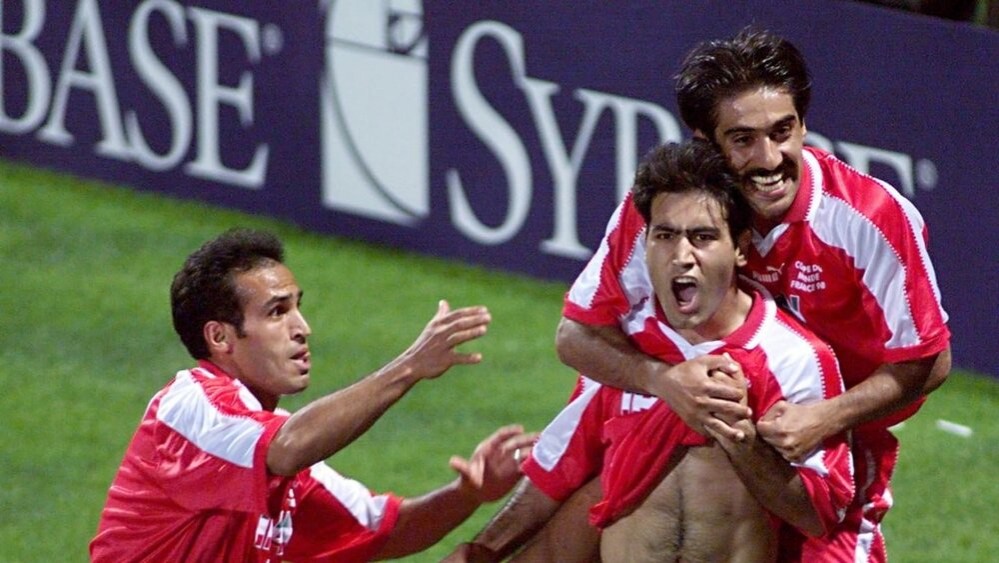 Tehran Times - On this day 22 years ago, Iran earned their first ever win in a FIFA World Cup, beating the U.S. 2-1 in front of a 49,000 crowd at Gerland Stadium in Lyon.

Hamid Estili scored the Goal of the Century in the first half and Mehdi Mahdavikia made it 2-0 in the 80th minute. With three minutes remaining, Brian McBride halved the deficit but it was not enough for the Americans.

“It was amazing for us and amazing for the Iranian nation,” said Talebi after the game. “It was important we win, not because we were playing America but because Iran had never won a game in the World Cup before. It is just a shame that one team had to lose.”

Mahdavikia also stressed on the importance of the goal for his people.

“In the changing rooms we were all crying,” said Mahdavikia. “All I can think about was what it must be like in Tehran with all the people in the streets. When I scored and I saw the ball going into the net I thought about my people.”

Little, though, can compare with the thrill of that night in Lyon for Iran football team and their fans, who had to wait another 20 years before seeing the team win at the FIFA World Cup again when, in Russia two years ago, they handed Morocco a 1-0 defeat.