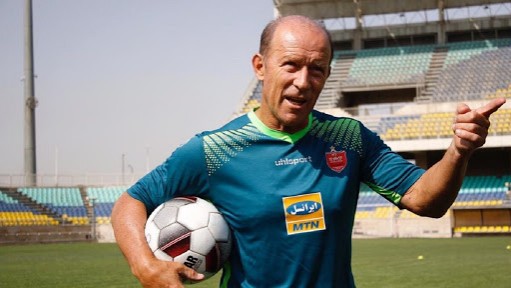 Tehran Times - Argentinean coach Gabriel Calderon said that he is ready to negotiate with Persepolis football club over his unpaid salaries.

FIFA has recently ordered the Iranian club to pay $ 580,000 to Calderon.

Now, the Argentine has said he is ready to negotiate with the club since he has good relationships with members of the club’s board of directors.

“But I am ready to solve the problem with Persepolis since I have good relations with some people in the club. I have no problem if everything goes well,” he added.

Calderon parted ways with Persepolis in January after six months in charge and his team are on the verge of winning the title for the fourth time in a row.

“I am very happy for Persepolis because their players deserve to win. It was a difficult task for me to take charge of Persepolis at the beginning of the season since they were champions and as you know, there was high expectation from the team. But we tried to prepare a better team. I wanted to achieve success in league, Hazfi Cup and AFC Champions League but I was forced to leave the club,” Calderon stated.

“The Persepolis players have shown that they will win the title with every coach. They are excellent players and I want to thanks them for what they did at my time,” Calderon concluded.