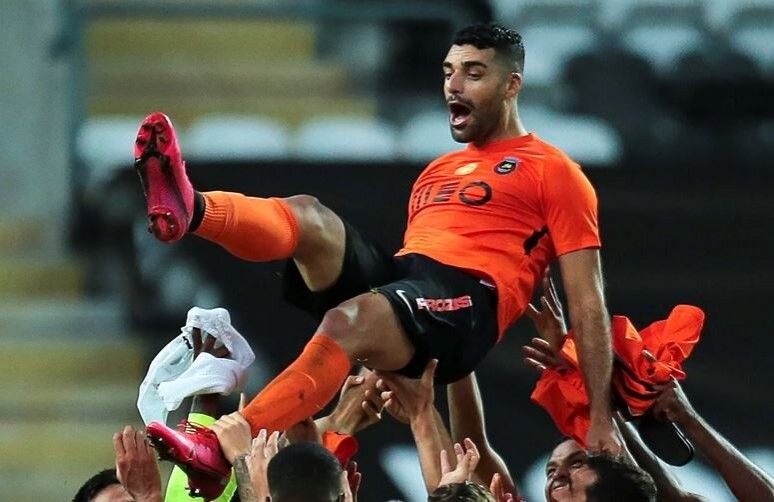 Tehran Times - Iranian striker Mehdi Taremi netted a brace against Boavista on Saturday and helped Rio Ave book a place at the 2020-21 Europa League play-off round.

Rio Ave completed the Primeira Liga’s top five in the ever-evolving tussle for the final qualifying spot for Europa League football, taking advantage of FC Famalicão’s 3-3 draw to Marítimo to leapfrog the former with a 2-0 win against Boavista.

Taremi, who joined Rio Ave at the beginning of the season on a two-year deal, scored 18 goals for the Primeira Liga side in the season.

The 28-year-old forward was also named among top three goalscores along with Benfica players Carlos Vinicíus and Pizzi.

“I am very happy since we’ve qualified for the Europa League play-off round. I dedicate this success to all Ro Ave fans,” Taremi said.

The Iran star had been previously linked with Portuguese giants Porto and Benfica.