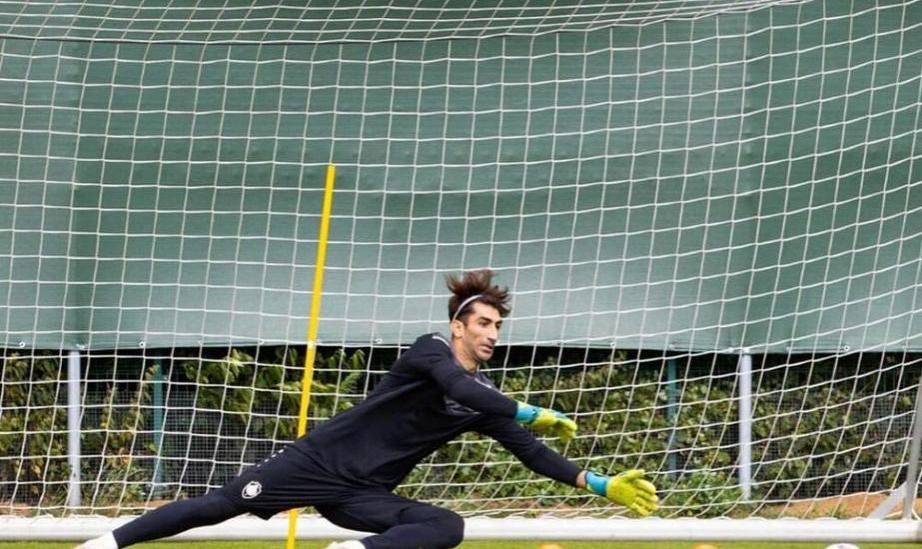 Tehran Times - Alireza Beiranvand, the Iranian goalkeeper of Royal Antwerp, says that his dreams have no limits in his European adventure.

Beiranvand has said that his life story has been filmed in Iran.

“To become a goalkeeper, I had to overcome the many obstacles that I encountered. I come from a nomadic family who was doing sheep farming. My father wanted me to follow in his footsteps and he considered playing football as a waste of time!” Beiranvand said in an interview with HNL website. “But to pursue my dreams of a career in professional football, I ran away from our home when I was 12 years old and went to the capital city, Tehran, where I could join a professional club.”

“Besides football, I did everything you can imagine, like working in a car wash or a pizzeria. Now, my father is proud of me and understands that I can have a bright future for myself with football,” Alireza added.

The 28-year-old goalie joined Antwerp a couple of months ago but failed to travel to Belgium due to the flight restriction caused by coronavirus pandemic. However, he finally arrived in Antwerp in late July and successfully underwent a medical.

Iran’s first-choice keeper for Russia 2018, talked about his dream of playing in a European league.

“After the 2018 FIFA World Cup, I was determined to play abroad, especially in Europe but my former club, Persepolis, did not agree and I stayed there for another season,” he stated.

“When Marc Wilmots was appointed as the head coach of Iran national team, we had a good relationship with each other at that time. However, he did not stay in Iran for a long period. He encouraged me to play in European football. Wilmots also compared me to great Belgian goalkeepers like Thibaut Courtois and Simon Mignolet, which made me very happy,” Beiranvend added.

The Iran star has penned a three-year contract with Antwerp.

“Despite my late arrival in Belgium and the language barriers, I think I can make an impact quickly at Antwerp. We will see what happens. For me, there are truly no limits to achieving my dreams.”