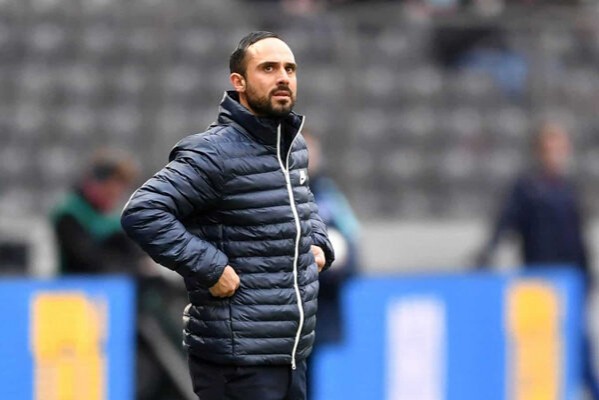 Tehran Times - German-Iranian coach Alexander Nouri has said that he has received unofficial offers from several Iranian clubs like Persepolis and Tractor in previous years but, contrary to recent rumors, Esteghlal club have not made an offer for him.

Nouri, 40, is a retired footballer and current coach. He played professionally for 14 years with several clubs such as Werder Bremen and, among others, Seattle Sounders.

“My father is an Iranian native who was born in Rasht, and my mother is German. I have been to Iran three times so far, and I love the Persian language,” Nouri said in an interview with Radio Tehran.

After working at German club VfB Oldenburg as an assistant coach and then head coach, he was appointed as the head coach of the first team of Bundesliga side Werder Bremen in 2016.

In 2020, Alex was assistant coach of the German legend, Jurgen Klinsmann, at Hertha BSC and then replaced him on an interim basis.

“I have a friendly relationship with Klinsmann, and we talk a lot with each other during these days that are affected by coronavirus pandemic. We worked together at Hertha BSC,” he said.

In recent years, Alexander Nouri has always been one of the candidates to sit on the bench of the prominent Iranian teams and even Iran national team. However, no Iranian team have never reached an agreement with coach so far.

The young German coach emphasizes that he would like to sit on the bench of the Iranian national team one day.

“So far, no negotiation has been made with me to lead the Iranian national team, and it seems that my name has just been suggested as one of the candidates. I will be happy if this happens, but I believe that everything must happen at the right time,” he confirmed.

Nouri also clarified that he had been contacted for coaching in some IPL clubs.

“Tractor and Persepolis were the clubs that contacted me in the past. I talked to them, but the negotiations were not serious, and I was not officially offered by these clubs,” said Nouri.

In recent weeks, after some poor results of Esteghlal, local media reported that Nouri will replace Farhad Majidi as the next head coach of the Blues.

“It’s not true, and no one has contacted me in recent weeks. I have not negotiated with Esteghlal Club. I wish the current technical staff of this team the best,” he reacted.