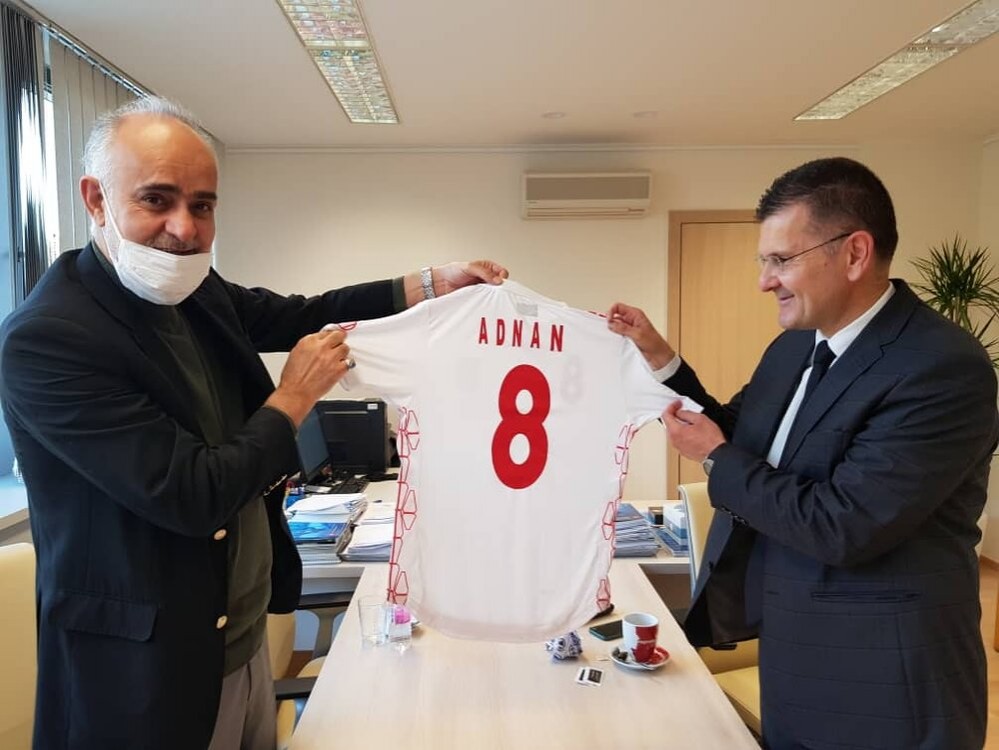 “We have good memories of Bosnia and Herzegovina country since 90s when they traveled to Iran for a friendly match. We also traveled to Sarajevo to play Bosnia. Iran and BiH will sign the joint cooperation document soon,” Nabi said.

Dzemidzic also praised Iran football and said he attended the match between Iran and Bosnia in the 2014 FIFA World Cup in Brazil.

At the end of the meeting, Mohammad Nabi handed Iran No.8 jersey to Dzemidzic.

Iran defeated Bosnia and Herzegovina football team 2-0 in a friendly match Thursday night as part of preparation for the 2022 World Cup qualifiers.