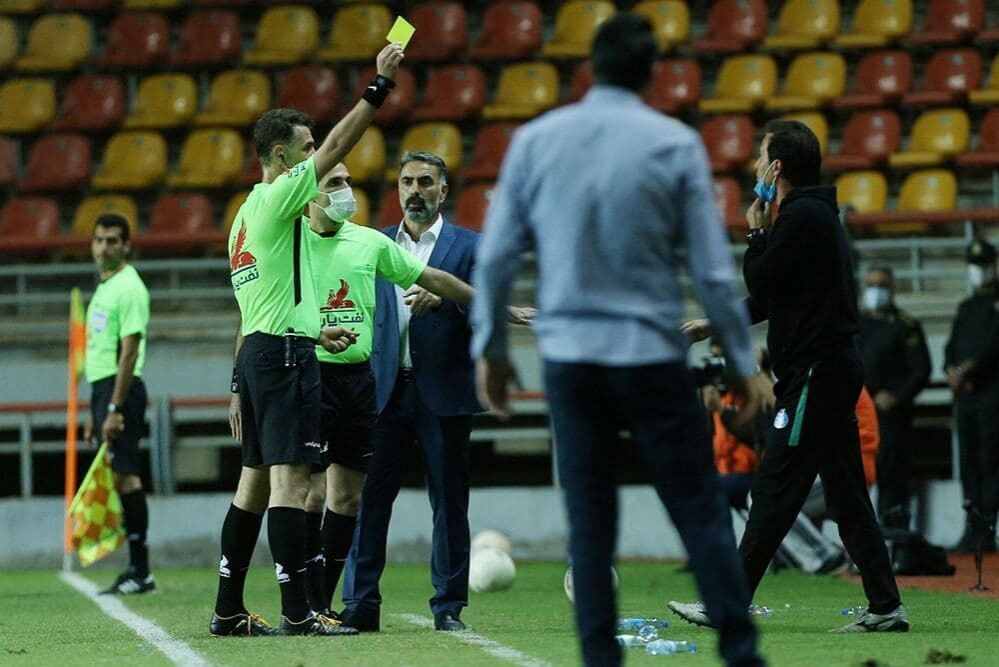 Tehran Times - Esteghlal football team head coach Mahmoud Fekri has been suspended for one game due to using bad language in front of the TV camera.

He has been handed a one-match suspension by disciplinary committee of the Football Federation of the Islamic Republic of Iran (FFIRI).

He will be suspended for Tuesday’s match against Paykan.

At the end of the match against Foolad in Iran Professional League on Nov. 20, Fekri used improper language in Ahvaz.

Esteghlal suffered a 2-1 defeat in the final minutes of the match and it made the coach angry.

After the final whistle of the match, Fekri made comments as he walked along the touchline toward the tunnel at the Foolad Arena.