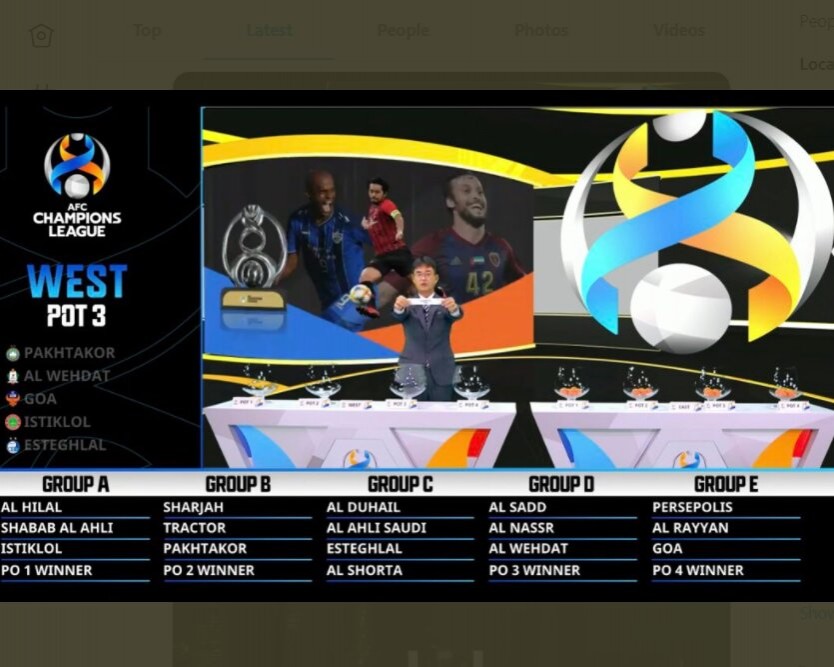 Tehran Times - The four Iranian teams representing the country in the 2021 Asian Football Confederation (AFC) Champions League discovered their opponents following the conclusion of the group stage draw in a virtual drawing ceremony in Kuala Lumpur, Malaysia on Wednesday.

Persepolis, champions of Iran league and runners-ups of the AFC Champions League (ACL) in 2020 and 2018, were drawn with Al Rayyan of Qatar, India’s FC Goa, and the winner of the playoff match between Al Wahda (UAE) and Al Zawraa (Iraq) in Group E.

Tractor, Hazfi Cup winners, will have UAE’s Sharjah, Pakhtakor of Uzbekistan, and either Al Wehda (Saudi Arabia) or Air Force Club (Iraq) in Group B.

Group C comprises Iran’s Esteghlal, Qatar’s Al Duhail, Saudi Arabia’s Al Ahli, and Al Shorta of Iraq. Esteghlal will have a tough task ahead as many experts have called Group C the group of death in West Asia.

Foolad, who will meet the UAE’s Al Ain in play-off round, have a tough task to advance to the group stage. They will come face to face with Qatar's champions Al Sadd, Saudi Arabia's Al Nassr, and Al Wehdat of Jordan if qualify.

With one additional group each in the East and West Zones, 40 teams will participate in the group phase of the competition - an increase from 32 last year - with the winners of each group plus the three best runners-up from the west and east regions advancing to the last 16.