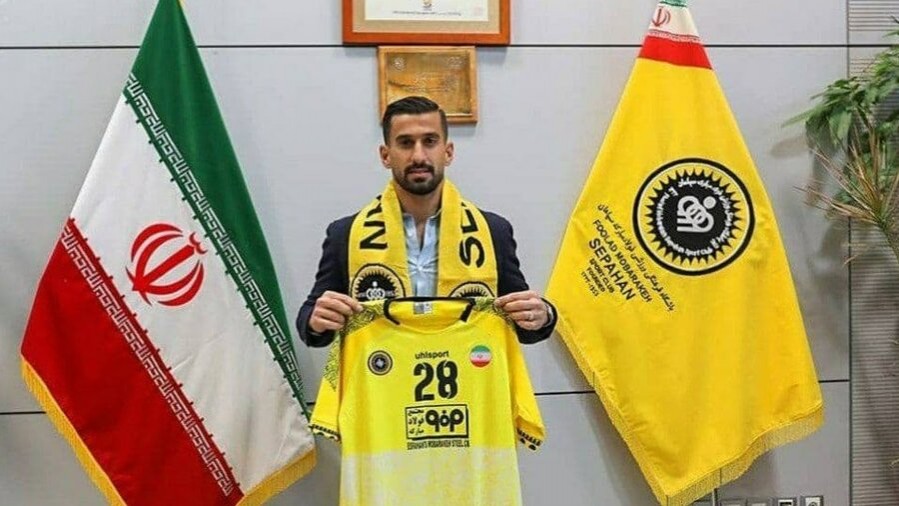 Tasnim – Ehsan Hajsafi penned a contract with Sepahan until the end of the current Iran Professional League (IPL) season on Saturday.

The 31-year-old midfielder joined the Isfahan-based football team from Tractor.

Hajsafi has joined Sepahan for his third stint. He started his playing career in Sepahan in 2006 and left the team in 2015 to join German club FSV Frankfurt.

He returned to Sepahan a year later but left the team once again after one year.

He now has joined Sepahan for the third time.

Sepahan is a favorite to win the IPL title in the current season.