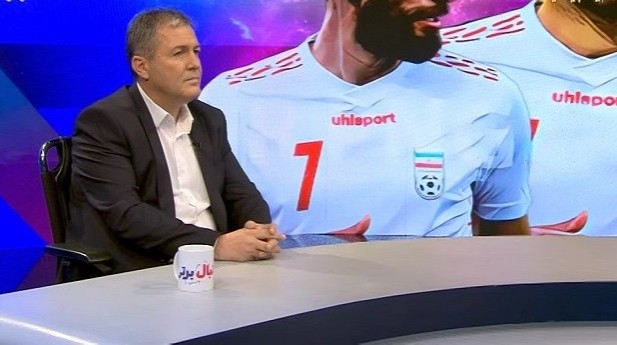 Tehran Times - Iran national football team coach Dragan Skocic says that he was under intense pressure over the past months after being named as Iran coach but he just concentrated on his job.

Under his leadership, the ‘Persian Leopards’ booked their place at the 2022 World Cup qualification Round 3.

Iran defeated Hong Kong, Bahrain, Cambodia and Iraq and advanced to the next stage as Group C winners.

“I just trust myself and concentrated on my job. I could not wait for the competition because I was determined to show my critics I can do it. I have to say I was under intense pressure but didn’t care about that and did my job. I wanted to prove we can carry out our job,” Skocic said in an interview with Iran’s state-run TV.

“It was a difficult mission but our task was to do our job in the best possible way. The other teams had to play three matches but we had four matches ahead. We had to play every four days and it needed to manage our players’ physical condition. And we did it,” the former Sanat Naft coach said.

“I was not satisfied with the AFC’s decision to award hosting rights to Bahrain but I have to say they hosted the games in the best possible way. We had not a serious problem during the competition,” he added.

“My expectation from our players was high. We have a team with many talented players and to manage them was a difficult duty. I didn’t want to compromise my principles. So, I didn’t field three striker Sardar Azmoun, Mehdi Taremi and Karim Ansarifard at the same time. I am not here to satisfy all of players because I have to make the best decision for my team,” the Croat stated.

“We worked 20 hours a day to achieve our goal. It was not an easy job. We have good players and they played the main role but we had to manage the team and I am happy we have won our four matches out of four.

The Iranian media had reported that Skocic’s contract has expired after the 2022 World Cup qualification Round 2 but the Croatian coach says his contract runs until 2023.

“I am under contract with the national team but the Iran football federation can terminate cooperation with me. This is not something that I decide. My goal is to help the National Team qualify for the 2022 World Cup. I wanted to make the Iranian people happy and I enjoy the success at the moment,” Skocic concluded.