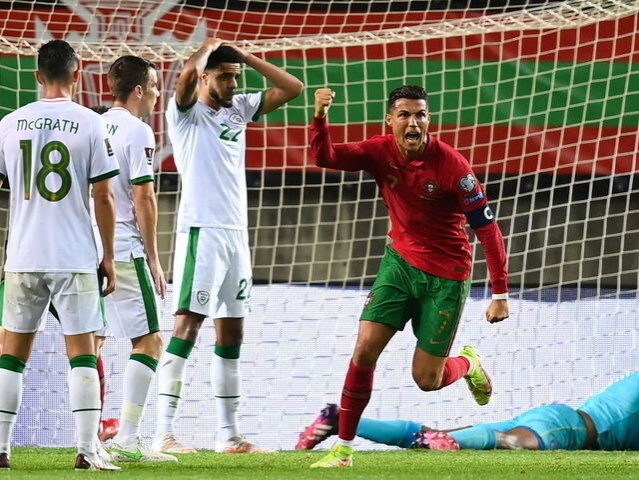 The Portuguese star scored his 110th and 111th goals for Portugal in their dramatic 2-1 World Cup qualifying win over the Republic of Ireland.

Ronaldo, who rejoined Manchester United from Juventus on deadline day, and Daei are the only two male players to score 90 or more international goals.