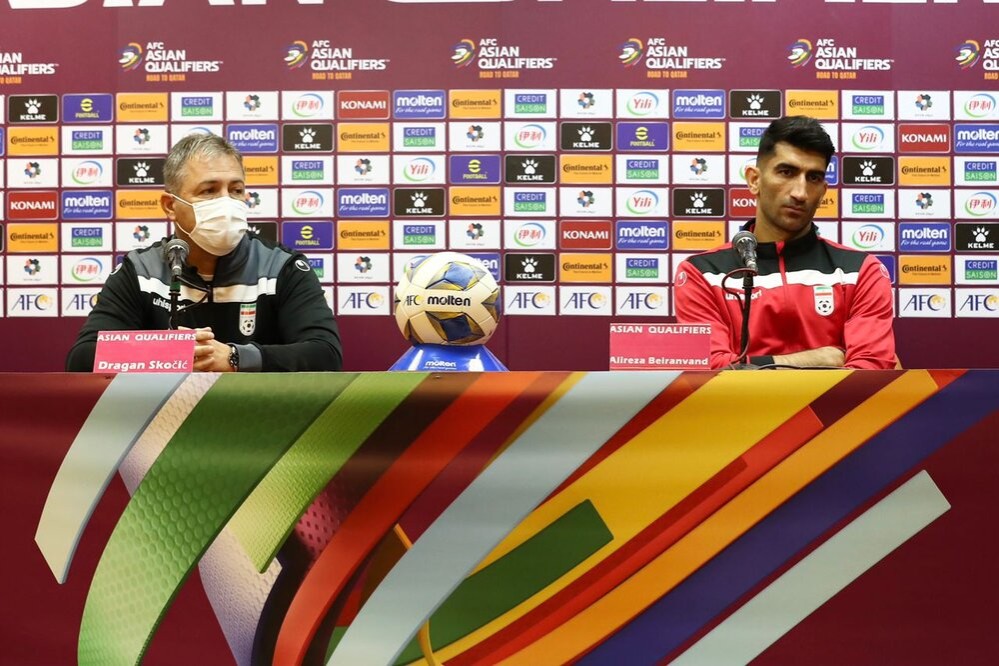 Iran will host the Taeguk Warriors in Group A of the 2022 World Cup qualification Round 3 in Tehran’s Azadi Stadium on Tuesday.

Iran lead the group with nine points and a victory put them within sight of a third successive FIFA World Cup appearance.

“We have a very important match against South Korea and are motivated to play them. We have a lot of respect for Korea because they are an organized team,” Skocic said in the prematch news conference.

“We are well-prepared for the match and keep a positive mental attitude,” the Croat added.

Skocic has set a new record of 10 consecutive wins in all competitions with Iran, however it has not been enough to satisfy his critics so far.

“I don’t know what should I have done. I really don’t know what’s the people’s expectations. We earned a valuable win over the UAE in a hot and humid condition. We will be doing everything to get better and this is our aim to play better in each match,” he stated.

“Son can change the game since he can both score and set goals up. South Korea have also several good players but I believe in my team,” he said.

Skocic also showed his dissatisfaction with those who criticize the National Team under any condition.

“Some coaches are going to replace me in the National Team but I have to say them it’s not the right time,” Skocic concluded.

Accompanying Skocic to the press conference, goalkeeper Alireza Beiranvand said that he will do his best to register another clean sheet.