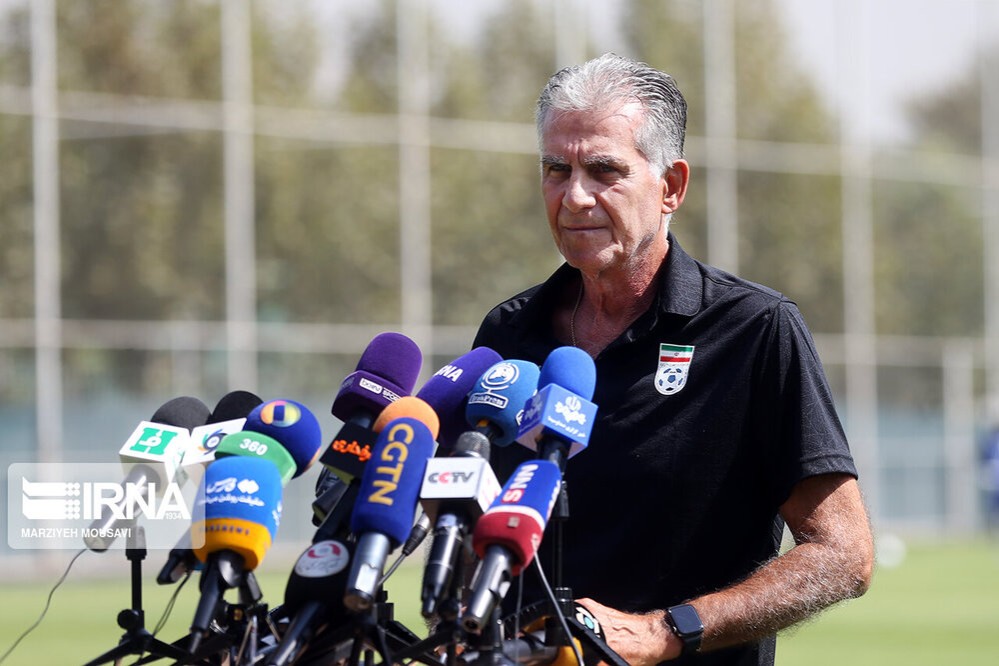 The Portuguese coach talked to the reporters on Saturday after the National Team’s training in Tehran’s Azadi Stadium.

“First of all, I am very happy to see the media in the training since you always support us,” Queiroz said. “But with less than a month until the 2022 World Cup opening game, we should fix problems ahead of us.”

“Like other teams who have qualified for the World Cup, we are fully motivated and do our best to participate in the event with full preparation.

“We face lack of preparation time at the moment, but I would like to thank all the people who help us to have our players in the training. We are looking to close the gap between Team Melli and the big teams in the world,” he added.

Iran will start the campaign on Nov. 21 with a match against Group B favorites England.

“English are the great team and everybody is well aware of their strength. It’s our honor and pleasure to meet them.

In the recent days, some English media reported that FIFA has received a letter requesting Iran are kicked out of the World Cup in Qatar due to the current situation for women in the country. However, Queiroz says the Iranian people don’t support the campaign

“Most of the Iranian people have a clear answer to this campaign. They want their national football team to participate in the 2022 World Cup, and this answer is enough for this campaign,” he said.

“I thank the coaches for their excellent cooperation with the national team. The big challenge we face on the way to the World Cup is the leve