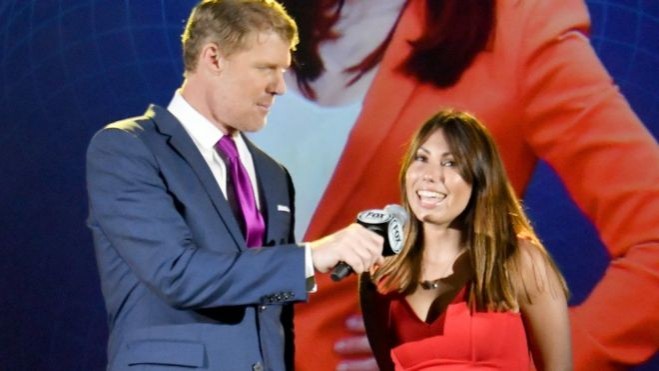 BBC - Football fans in Iran have been offering advice to a Russian sports journalist on how she should dress when she presents the 2018 World Cup finals draw in Moscow.

Maria Komandnaya, one of the hosts of the event on 1 December have urged her to dress modestly so Iranian TV viewers will be able to watch it without censorship.

When Komandnaya announced her involvement in the event alongside the BBC's regular football presenter Gary Lineker, there were a flurry of comments advising her on appropriate attire.

Me & @GaryLineker will conduct the Final Draw for @fifaworldcup_ru. So happy and excited! It's such a great honor for me! Thanks @FIFAcom! https://t.co/8XfHJHP6dz

One reply to her Instagram post, in Russian, read: "I am Iranian. Our TV officials are very strict and censor your photos. If possible, could you choose a dress for the ceremony which is suitable so that we can watch the programme?"

Iranian football fans are worried they may miss parts of the draw or any matches she may be involved in presenting because of the country's strict broadcasting guidelines.

Iranian state TV is known for using recorded footage during live international football matches in order to avoid having to show women in the stands.

In addition the state broadcaster refuses to cover World Cup draw events or Olympic opening ceremonies in full if one of the hosts is a woman wearing a dress.

During the 2014 FIFA World Cup draw ceremony, Iranian TV cut out many parts of the live broadcast due to the revealing clothing of the female Brazilian TV host.

"My sister, please be careful with your hijab. We also want to watch the draw ceremony without censorship," @alifarajizadeh commented in Persian on Instagaram.

While another person posted: "I urge you avoid to wearing a sexy dress during the draw so it is possible for us to watch the draw completely. We cannot watch when you wear revealing clothes."

Please dress yourself in a appropriate way acceptable for every culture. Thanks.

Another posted how "the religious fanatics" in Iranian television could prevent his enjoyment of the matches: "This is very important. We would like see you live without censor and this matter depends on your dress."

Last month she posted a picture on Instagram of her sitting with Azmoun inside a mosque in the Russian city of Kazan. The image shows her modestly dressed, wearing trousers and with her head covered. 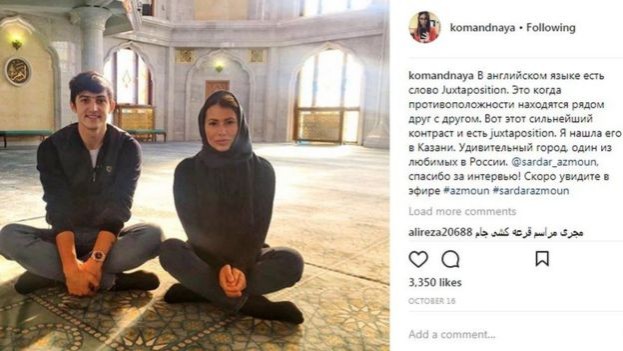 Social media users were keen to remind her this would be a more suitable look for her during the World Cup finals draw.

"If she dresses like this on draw day, at least we will be able to watch the whole ceremony live for the first time," posted one Twitter user in Persian.

Mohsen Motamedkia, journalist at the Iranian Students News Agency, added: "She interviewed Sardar Azmoun at a mosque in Kazan. At least we can trust her on her dress choice"

Iran qualified for next year's World Cup tournament in June when they beat Uzbekistan 2-0 in Tehran.

Goals from Sardar Azmoun and Mehdi Taremi ensured Iran, coached by Carlos Queiroz, will appear at successive World Cups for the first time.